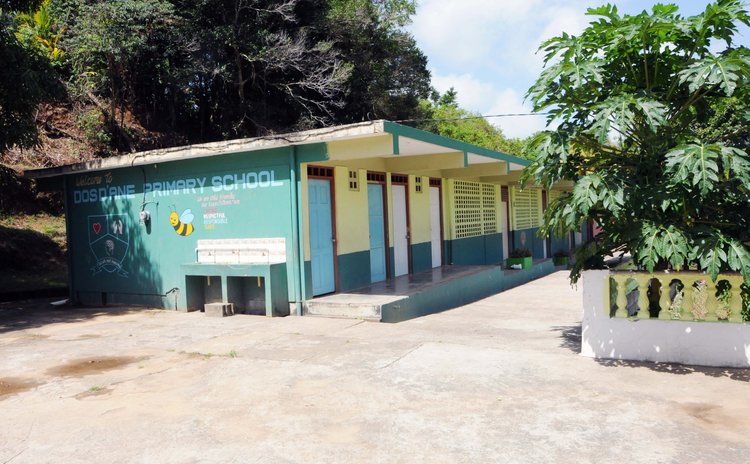 Having dwindled to a population of just ten, the Dos Dane Primary school will not re-open when schools around Dominica open their doors in September for the first time during the COVID-19 pandemic period.

"We have had a meeting with the parents and teachers," Dr. Blaize said adding that operating the school with ten students was not "financially viable".

"The population has dwindled over the years so after looking at the financial aspects of the matter we were forced to take that decision", he said.

Dr. Blaize said the meeting with the parents was "cordial and fruitful."

"The teachers are being moved to other schools in the north so everybody is being taken care of," he said. Meantime, Minister for Education Octavia Alfred has announced that all schools in Dominica will reopen for in-person teaching and learning on September 7.

Teachers, she said, are expected to report to school on September 1 to prepare for the new term, Alfred announced on "Education in Action" the Ministry of Education's radio programme on DBS radio.

Schools have been closed in Dominica since March 2020 due to the COVID-19 pandemic now sweeping the world.

"So since we have no COVID-19 cases and since there is no community spread of COVID-19, all schools will reopen as normal," she said.

But on Thursday this week Dominica's Ministry of Education announced the detection of its 19th case. This was the first case in more than 100 days. And over the weekend Dominica confirmed the discovery of case #20.

National Epidemiologist, Dr. Shaulludin Ahmed said that a British national, who arrived on the island earlier this month, was case# 19.

"He arrived in Dominica on August 10. Prior to arrival he had two PCR tests done which were negative. On arrival, the rapid test was conducted and it was negative. He was on home quarantine for the most part and he is asymptomatic and he has been asymptomatic all through his quarantine phase. He was admitted to the COVID Centre last night and he will be monitored for the next 14 days," he added.

Meanwhile, the coordinator of the Re-opening of the Borders, Dr. Laura Esprit, said that the authorities have approved several penalties for persons who leave the quarantine areas without permission.

It is unclear how these new cases will affect the Ministry of Education's plans to reopen schools.

When Education Minister Alfred spoke earlier this week she said her ministry had taken all adequate considerations before deciding to reopen school.

"All schools will reopen for teachers on September 1, 2020 and for all students on Monday, September 7, 2020," Alfred said. "So, from September 1, staff will engage in final preparations to receive students.

"During September 1 to 4, we will also be doing a lot of cleaning and rearranging of furniture which will be done to make sure everything is in place. In some places we might have to install more water troughs and extra hand washing stations to make sure that things that are necessary are in place."

She said her ministry has a plan which will be activated if the "national status as it relates to COVID-19 changes".