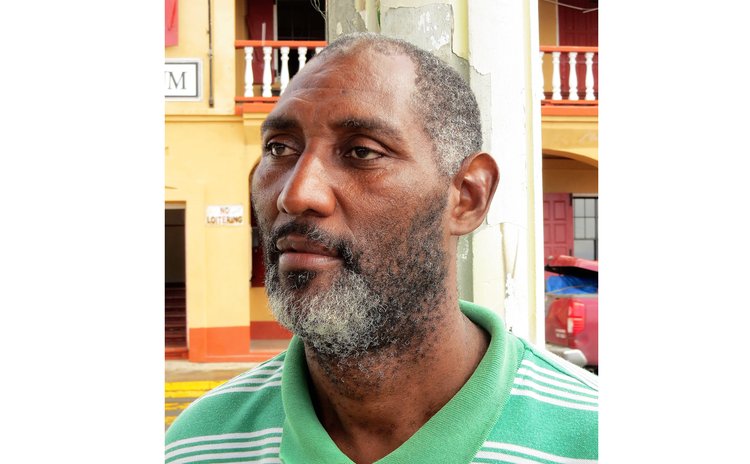 Part I of Ashworth Daniel: Massacre's First Basketball Giant chronicled Ashworth's entry into basketball as a schoolboy; the teams in the national league that he played with during his career; a summary of his overall performance in his first tournament representing Dominica; and some of his accomplishments in basketball at local and sub-regional levels.

The article continues and concludes below:-

Ashworth also played a few times with Blazers in an annual tournament in St. Maarten, which involved teams from the United States of America, the US Virgin Islands, British Virgin Islands (Tortola), and St. Kitts. His team won that tournament once while he played.

Playing on courts "in de foreign" by this Massacre native also extended to the French Caribbean where he played and manjé sosison épi bannton for 2 years in Guadeloupe's League, with a Premier Division team from Basse-Terre. Ashworth smiled when he revealed that his personal, all-time highest score was a massive 48 pts, which he scored while playing in Guadeloupe.

It was no surprise when the many greys on his head and in his beard and side-burns became temporarily a bit more outstanding when Ashworth disclosed that during his career, the team that he enjoyed playing against the most was Cardinals, as the rivalry between his team(s) and Cardinals used to bring out the best in him. It appears that during Cardinals' reign on the courts, they had a similar effect on several players on their opposing teams because, it can be said without fear of contradiction, that quite often Cardinals was "the team to beat!"

During Ashworth's career, as a young player he met with one unfortunate incident/accident on the court, when he sustained a broken leg in 1990. This occurred while playing with Killer Bees in a Knock-Out Finals versus Cardinals. However, with his determination, fighting spirit and love for the sport, the man was back on the court the following season! Furthermore, he continued playing in the league's senior division for another sixteen (16) years.

Many may not be aware, but in spite of his size Ashworth, like some of the other "big men" in Massacre's basketball, was surprisingly agile. After grabbing a defensive rebound he would sometimes thrill fans, dribbling as a guard "from coast to coast", beating out a couple of defenders along the way, and to simply put up a soft-touch lay-up, or to slam-dunk a ball "in an opponent's face", much to the delight of the spectators but to the utter embarrassment of his opponents.

But apart from playing and making his name in the national league, Ashworth also played 'ball in the Massacre Basketball League, firstly with Panthers, and later with Rejects. He also played in a 3-on-3 competition some years ago.

Interestingly, Ashworth stuck to jersey No. 15 throughout his basketball career, both at league level and with the Dominica national team.

It must be noted that besides playing, multi-talented Ashworth contributed to the development of the sport of basketball in several other ways at both national and community levels. Firstly, he officiated in a few games in the national league, and served as President of the Massacre Basketball Committee in the 1990s. Furthermore he assisted in the actual construction of the Massacre Basketball Court and spectator stands, in the erection of the fencing around the facility, and in the installation of the lighting.

Ashworth, who loves fishing as a hobby, is now married and retired from the sport of basketball. But he revealed that his heart will always be with the Massacre-based Blazers – the second most decorated team in the history of Dominica's league basketball to date. His brother, Bernard, who is also of above-average height and a police officer - played with Police Sports Club and Blazers.

"Big Man", you were like a giant in Massacre's basketball and paved the way for several other talented players. You made your community and the "Nature Island" proud! Enjoy your basketball retirement, Ashworth.