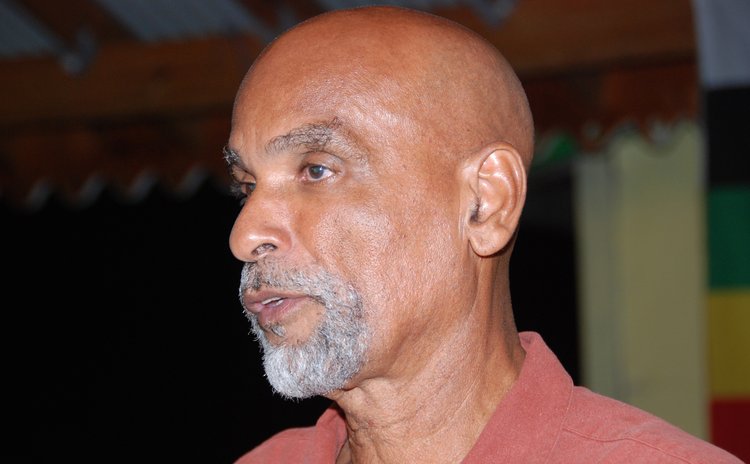 That's how one well-known local conservationist describes the call by CARICOM's Chairman, Prime Minister of Antigua and Barbuda, Gaston Browne, for larger countries to pay up for the climate crisis.

Browne assumed chairmanship of CARICOM during the grouping's heads meeting on 05th July.

In Browne's address to the member states, he called for regional collective action against those who are responsible for the climate crisis.

"The causes of the climate crisis have already been scientifically established," Brown said. "And the time has come for those countries irresponsible enough to continue their damaging emissions and practices to be held accountable."

To this Martin said: "The principle that the polluter pays is well established, so there is no doubt about the validity of this call, but," Martin continued, "what is amusing and disappointing is there are no details, there is no flesh to the skeleton of the call."

Browne made the bold statement of reparations for severe climatic events by those who have been found responsible for the phenomenon.

"It is my view that real progress on the climate crisis will only be made when the major polluters are made legally liable for the damage that they cause," he said.

The Antiguan Prime Minister pointed out that the current system of discretionary international assistance for climate damage... is both inadequate and inequitable in building climate resilience, "This is a call for climate reparations that CARICOM must take up urgently and engage in vigorous diplomatic outreach to build international consensus on this issue."

But Athie Martin, a strong advocate for a healthy and protected environment has serious doubts about anything coming from Browne's call for reparations.

"Unfortunately, questions such as 'how much money are we calling for? When do we need this money? How do we expect to spend this money? ...How will this money be managed?" he explained, are all solid questions that need to be asked and answered on a topic such as this one: climate crisis reparations.

Currently, there is overwhelming evidence of climate degradation in CARICOM states and Martin finds it appalling that there is continued human activity to further aggravate the situation, "you will find hotels and even public facilities like stadia and others being built in areas that are highly sensitive, highly vulnerable to desertification, highly vulnerable to flooding. You will find that the very thing we are saying we need the money to do, with the little money that we have, we are doing the exact opposite."

Martin himself has a bold and daring suggestion for PM Browne, challenging him and other CARICOM heads of government to look within and work on a solution to the problem.

And if you are wondering about funds, Martin cited the numerous CBI programmes within the various member states as a means of financing the projects which need to be done to protect the islands.

"We want to continue on our skylark with climate change and turn around and ask the international polluters to come in and help us? When we are in fact aggravating the negative impact of climate change on our domestic economies and ecosystems?" Martin asked.

The conservationist is not opposed to asking the international community for help but posits a more pragmatic way to do so.

"Let us begin, I would urge you, to sort of turn the next six months into six months where every national budget has a significant component, I would propose not less than 20% going towards that same climate reparations fund, and then ask the international community match it, according to a ratio 4 to 1," he said.

The environmentalist is convinced this would certainly signal a renewed commitment to the business of climate resilience.