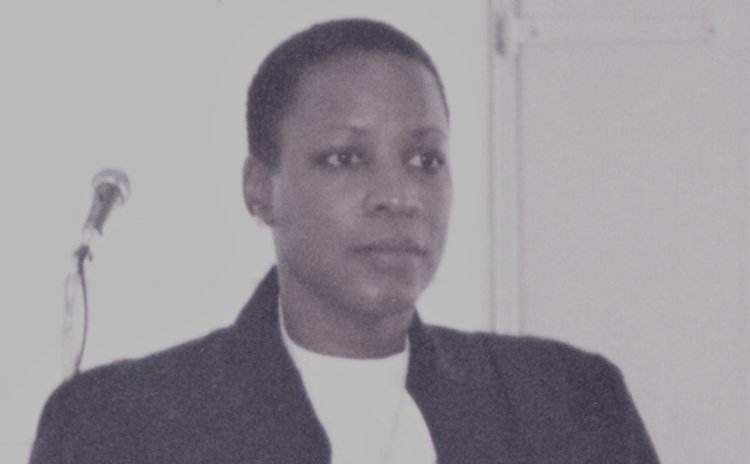 Sandra Julien, the Registrar of Companies and Intellectual Property, has died.

Making the announcement on Sunday, the Dominica Bar Association (DBA) said Ms. Julien died "after a recurrent struggle with a debilitating illness."

In the press statement, the DBA did not identify the ailment.

"She accepted her health diagnosis without complaint and sought treatment with a sense of purpose and positiveness; she never gave up; she never sounded down and defeated; she always expressed hope", the DBA stated. "That was on full display, even on what we now know were her last days, when members of the Dominica Bar Association visited her at the hospital on Thursday, 14th May 2020. She spoke with clarity, confidence and optimism. She appeared happy for the visit and did not utter a word of complaint about her condition".

"Ms. Julien was called to the Dominica Bar on the 2nd day of November 2001 and worked as a legally qualified professional in the Public Service since then save for a brief period when she worked overseas. She was appointed Registrar of Companies and Intellectual Property in or about 2009 and has served in that position commendably," the DBA said in the statement.

"Sandra Julien was soft spoken and best known by her colleagues for her calm, measured and pleasant manner. She was a very good listener and often demonstrated the ability to engage any audience in empathetic conversation for extended periods with a genuine and sincere expression that conveyed the words "I hear you, I understand". Nothing seemed to get Ms. Julien flustered. She was well-liked and well-respected among the legal fraternity," the DBA added.

It continued: "As Registrar of Companies and Intellectual Property, Ms. Julien demonstrated professionalism, competence, diligence, confidence and a pleasant disposition. Her consistent willingness to assist attorneys and laypersons who sought services at the Companies and Intellectual Property Office generally rendered the outcome for these persons, a productive one. In a very understated manner, Ms. Julien demonstrated great leadership in her appointed office. She was always open to suggestions on how things could be done better and she inspired her staff to serve the public well. She appeared to have a close and respectful working relationship with those under her supervision. Some of the words that her staff members used to describe her included "like family", "loving", "caring", "easy going", "highly respected" and "down-to- earth".

The DBA said Julien's passing was a great loss to the legal fraternity in Dominica and the Caribbean.

"Sandra Julien will be deeply missed, no doubt by her family and friends, but also by her staff, colleagues and those who often sought services at the Companies and Intellectual Property Office. Her passing is a great loss to the legal fraternity not just in Dominica but in the region".