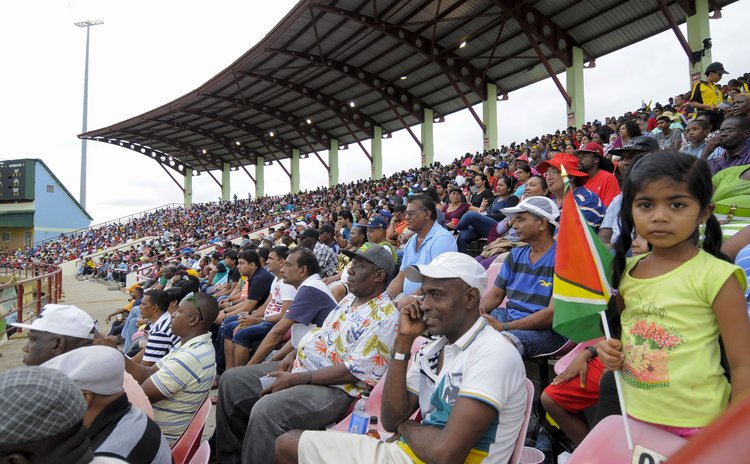 West Indies fans at the Guyana Stadium on Sunday

The Windies were bowled out 116 in 32.3 overs, after they were sent in to bat under partly cloudy skies on a typically docile Guyana National Stadium pitch.

Opener Johnson Charles hit the top score of 22 and Carlos Brathwaite, batting at seven, made 21, but the Caribbean side's batting was undermined by leg-spinner Zampa with 3-16 from 5.3 overs and off-spinner Lyon claimed 3-39 from his allotted 10 overs to earn the Player-of-the-Match award.

The Windies bowled purposefully, but diminutive left-handed opener David Warner gathered an unbeaten 55 to guide the Aussies over the finish line with 146 balls remaining.

The result meant that Australia collected five points – one more than the hosts – to move to the top of the standings in the tournament which also involves South Africa.