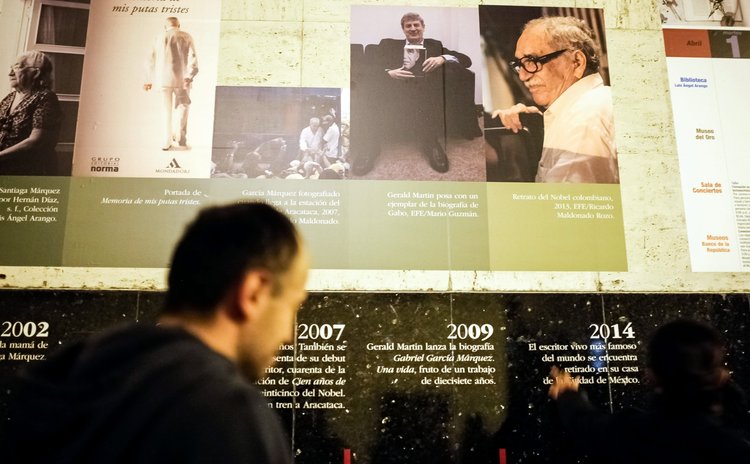 One of Latin America's greatest writers, Nobel Prize winner Gabriel Garcia Marquez has died at the age of 87.

Books by the Colombian author, like the well-known "One Hundred Years of Solitude" have sold in the tens of millions.

Colombian writer Gabriel Garcia Marquez died at his home in Mexico City at the age of 87.

The 1992 Nobel laureate was treated in a hospital on April 3rd for "dehydration and bronchial and urinary tract infections."

Almost a week later, he was released into the care of his family, though both doctors and family members acknowledged that his condition was "delicate."

Garcia Marquez worked as a reporter for many years before dedicating himself to writing fiction.

His masterpiece was "One Hundred Years of Solitude," a dream-like, dynastic epic that helped him win the Nobel Prize for Literature in 1982.

It has been translated into 35 languages and sold more than 30 million copies.

A master of magic realism, he wrote numerous well-known novels, including "No One Writes to the Colonel" and "Autumn of the Patriarch."

Raquel Ortiz, his neighbor in Mexico, expressed her condolences for the Nobel Prize winner:

"And as much as we want to retain these great men, isn' t that what life is? They all leave us one by one. I was a fan of him, his words and, especially, of One Hundred Years of Solitude; I even named my daughter, Amaranta after a character from the novel,"

Garcia Marquez had been living in Mexico City since the 1960s.

"All Colombians must be very sad, right? Although he was in Mexico, the whole world will miss him." Raquel Ortiz said.