Averting the disgraces of a failed Independent State 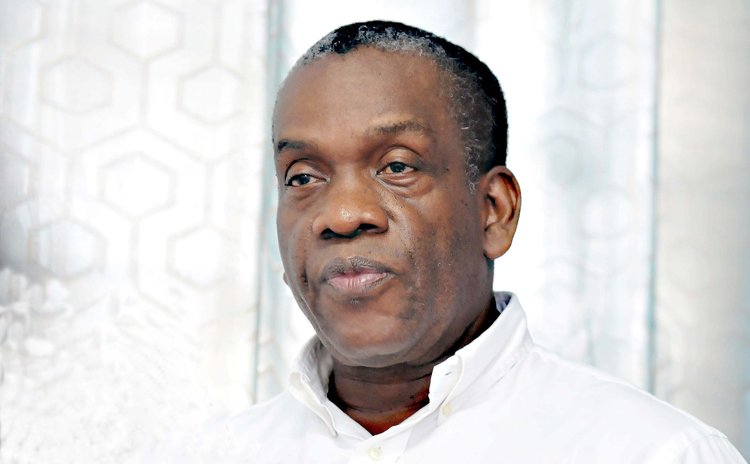 Parliamentary Representative of Marigot and L of O, L. Linton

My Nature Island Brothers and Sisters:

As we slip deeper and deeper into the disgraces of a failed independent state where control of the economy and social service delivery system has been surrendered to foreigners, we call again on the citizens of this land to stand up and save our country.

We cannot afford to continue sleepwalking behind leaders who are hell-bent on using our own resources to take us back into the dark days of colonialism for their personal gain. We must wake up and change course. And changing course is not the responsibility of those leaders who have plotted and schemed with foreign interests to get us into this most unfortunate position. Changing course is the collective responsibility of the citizens of Dominica standing firm for God and country.

When we celebrated the independence milestone last year, the Covid-19 pandemic had severely injured an economy that was already brought to its knees by leadership incompetence… and with billions of dollars of the people's money under private control in overseas bank accounts, government, under instructions from its foreign masters, had refused to provide an adequate package of financial assistance for citizens who have lost their jobs, their businesses, their means of livelihood. But the government was taking care of its own at the expense of suffering Dominicans. In the grip of the Covid economic crisis, over 65 thousand dollars per month of poor people's money to rent a mansion for the Prime Minister while government cried broke.

One year later, the government of this "independent" country under tighter control of foreign masters, continues to deprive our "independent" people of their own money to assist them in times of need.

As we noted in last year's independence message:

"There is no bigger mockery of our independence 42 years later than this cruel hand-over of Dominica's financial resources to foreign controllers of the ruling party, who don't share our values and don't believe in the ethos of our society - our values and norms.

"The sale of our passports, the proud emblem of citizenship, the very element within our national revenue stream intended to improve our quality of life, is being used to cripple the character of our nation and cast the darkest clouds over our Nature Island space".

So, aren't we tired yet? Haven't we had enough meaningless independence celebrations in increasing dependency, hypocrisy and self-hate?

In the four-year period ending June 30th, 2020, under the Citizenship by Investment program, Dominica received 5.4 billion dollars from the sale of its passports to 23,794 persons around the world. This money belongs to the people of Dominica and accordingly, the Constitution, the supreme law of Dominica, requires it to be deposited in and spent from the consolidated fund of Dominica. But of the 5.4 billion dollars of the people's money – 5,400 million dollars – only 1.2 billion was placed in the consolidated fund. 4.2 billion – 4,200 million is in private accounts outside of Dominica, an ATM for leaders of the ruling party and the foreign friends who control them.

While Dominicans are now being enslaved with their own money to the will of foreign masters, Dominica is demanding reparations for the injustice of slavery which was abolished 187 years ago.

We asked the question last year and we ask it again:

What is this "independence" that we are asked to celebrate with pride?

"In this day and age impoverished citizens, yearning for a better life are being enslaved by ruling party puppets of their passport selling masters behind the bars of need for food, clothing, and shelter assistance provided by the State, while foreigners are allowed to plunder hundreds of millions from the public purse with impunity.

"With our own passport money, foreign friends of the regime are deciding who sits in parliament for a political party that has failed the people miserably in government for 20 years; how many hundreds of millions will be spent to buy elections and defeat the will of the people.

"The slave masters are deciding, all by themselves, how much of our passport money will come into Dominica and how much they will keep overseas; which foreign contractors will, without competitive bid or public tender, receive hundreds of millions of dollars from our passport sales to build public facilities and build out the economic infrastructure.

"The slave masters, insisting that Dominican lives do not matter, ensure that local contractors, service providers and born Dominicans, in general, suffer, deliberately deprived of opportunities funded by the sale of their passports to earn a living from using their talents and skills in the development of their own country".

This year, in the signature disgrace of our life and times, Mohammed Abdullah aka Anthony Haiden, a Lebanese national, signed off on International Airport and other arrangements that give him exclusive control over more than seventy-five percent of Dominica's national income and all of Dominica's major infrastructure projects.

"This is no longer an economy for the people of Dominica; it is emerging as a modern-day slave plantation organized by ruling party puppets of Haiden and other foreign masters for their wealth creation benefit.

"The Independence to run our own affairs that we gleefully embraced on November 3rd, 1978, is working wonders for the multi-billion-dollar benefit of the foreign friends of the ruling party regime. It is not working for the farmers, the hucksters, the seafarers, the fishermen, the nurses, the teachers, the police officers, the public officers, the doctors, the lawyers, the businessmen and women, the shop keepers, the disappearing middle class, the clerks, the carpenters, the masons, the electricians, the plumbers, the rich, the poor, the unemployed, the youth, the single parents, the elderly, the leaders of church…

"The nature island people of Dominica from all walks of life, know and understand that in the last 20 years we have been reversing into the dark ages where our ancestors fought against the odds for our freedom… for a Dominica for Dominicans… for lives that matter.

"As we reflect carefully on the necessity of ensuring that our lives in Dominica matter, the United Workers Party calls on all Dominicans to stand for right and save our country. It's a collective national responsibility that commits us to:

Against this clear and present danger, we must stand resolute in the conviction that the dream of independence - the hope for freedom, happiness, truth, righteousness, justice and human dignity - will be relentlessly pursued and never abandoned in our Nature Island to the world.