A Cottage man, Emmanuel Azille, is charged for the brutal murder of Marilyn McLawrence of Portsmouth 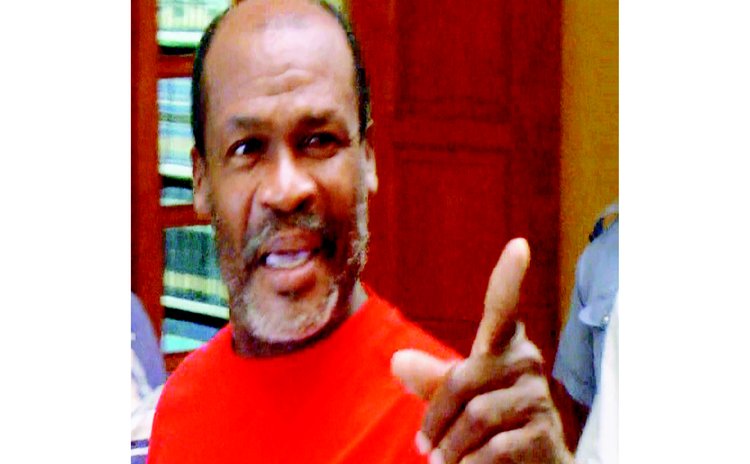 Emmanuel "Manny" Azille, a 56 year-old Cottage man was on Thursday October 9, 2014 charged with the murder of Marilyn McLawrence of Portsmouth on September 30, 2014.

Azille appeared before acting chief magistrate Candia Carette- George and the clerk of court read the charge of murder to him. He did not have a lawyer and told the magistrate that he was innocent.

Azille is accused of killing McLawrence, 46, whose lifeless body was found in a track near her home in Glanvillia, Portsmouth about 7:30 pm with serious wounds to her head.

Just after the murder, Police public relations officer, Superintendent Claude Weekes told the media that the police were confident that they would solve that crime.

"We are conducting investigations and we are optimistic and we look forward to the assistance of the public as the public and police has always been in the past able to work together," he said. "We the police condemn all crimes including this homicide and we will do anything to ensure a successful outcome from the police."

Weekes said the police reported that the injuries which McLawrence sustained were gruesome.

"The police investigators observed that there was a very serious wound to the head," he said.

Mc Lawrence, who was originally from Bath Estate in Roseau, left to mourn four children and her husband Wayne.

He explained that they would be making certain applications to the court and was hopeful that it would be granted and since the pathologist who did the autopsy of the body of the deceased was due to leave Dominica early next year they would be seeking the permission of the court for paper committal. The matter has been adjourned to October 30, 2014 in Portsmouth. In a statement, the Dominica National Council of Women, on behalf of all its members said it "strongly condemns the brutal murder" of the 46 year old Portsmouth resident, "whose lifeless body was found … along a well-known footpath in Portsmouth"

"DNCW extend deepest sympathies to the family, friends and loved ones of the deceased late Mrs. Mc Lawrence. We will continue to keep the family and love ones in our prayer as they continue to grapple with this tragedy.

"Recently a similar tragic violent murder was recorded against a female and we must continue to be mindful of this trend which leaves behind grieving families and children without their mother.

"Any form of violence against a people is one too many therefore as a country we must be vigilant and ensure that the perpetrators are brought to justice in quick time.

"The elimination of violence in any community has to be everybody's business and it is our duty to be each other's keeper," the DCW stated.