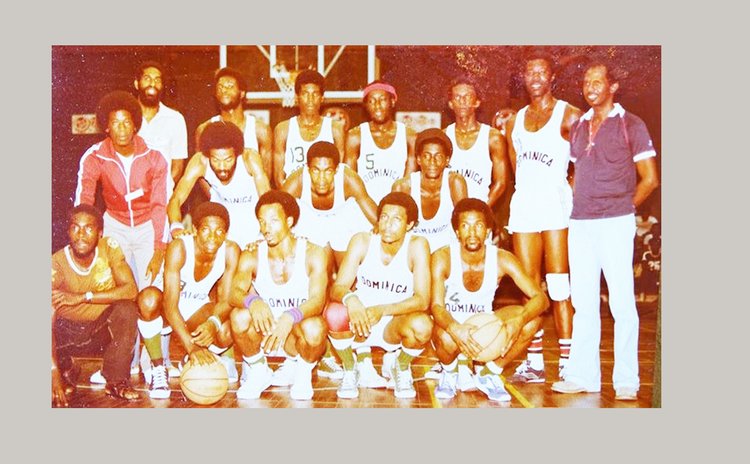 This is the second 'chapter' in a mini-series of News Clips on Dominica's basketball and will be presented in four parts. 'Chapter I' covered the 1960s and '70s.

1980 * The National League is up and running months after Hurricane David devastated the country. The participating teams in that year's league included Ambassadors, Cardinals, Flames, Harks, Lions, Pioneers, Police, Pros, and others.

1981 * Dominica participates in the inaugural CARICOM Basketball Tournament which was staged in Guyana. Lennox Jervier and Oliver Burton feature as Dominica's two 'superstars' whilst Jervier is selected on the 15-man CARICOM All-Star Team.

1983 * Basketball continues to spread and teams participating in the national league now have their bases in Fond Canie, Fond Colé, Goodwill, Grand Bay, Roseau, Trafalgar and two educational institutions – an indication of the growth and decentralisation of the sport on the island. Roseau and Grand Bay fielded teams in all four Divisions of the League.

1985 * A record 29 teams separated into three divisions vie for championship honours in the six competitions of the DABA basketball season. There was a record 10 teams in Division I, a record 13 in Division II, and a record 6 in Division III.