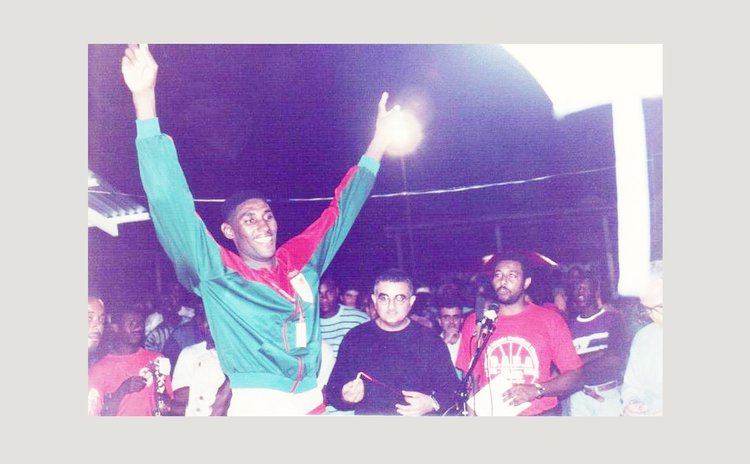 Part II of the article covered the period 1986 to 1990. The presentation continues below.

1991 * Cardinals becomes the first (and only) Dominican team to win the OECS Champion-of-Champions Tournament which was staged in Dominica. They achieved that distinction before an enthusiastic crowd in the 5th edition of the Tournament. Cardinals and 2nd placed Skillville of Antigua & Barbuda emerged with similar win-loss records (5 Wins, 1 Loss) among the seven teams. Cardinals' Derek Alexander was the Tournament's MVP whilst Killer Bees was the other Dominican team in the Tournament.

1992 * Division III records an all-time high of nine (9) teams. There were 36 teams in Divisions I, II and III combined.

Davidson 'Guinea' Toulon, in his debut year on the team is Dominica's MVP, and emerges 2nd in overall scoring with 61 Points, led in field goals (31/51), and placed 2nd in Free-Throw shooting but with a perfect 17 from 17 from the line.

1994 * For first time ever, Dominica raises the OECS Basketball Championship trophy in the competition's 9 editions since it first bounced off in Roseau in 1984. Only four teams participated, and Dominica's Ashworth Daniel emerges as Tournament MVP.

Three of the four teams ended with the same Win-Loss records. However, Dominica, with a superior Goal Average beat St. Kitts into 2nd place and Montserrat into 3rd position.