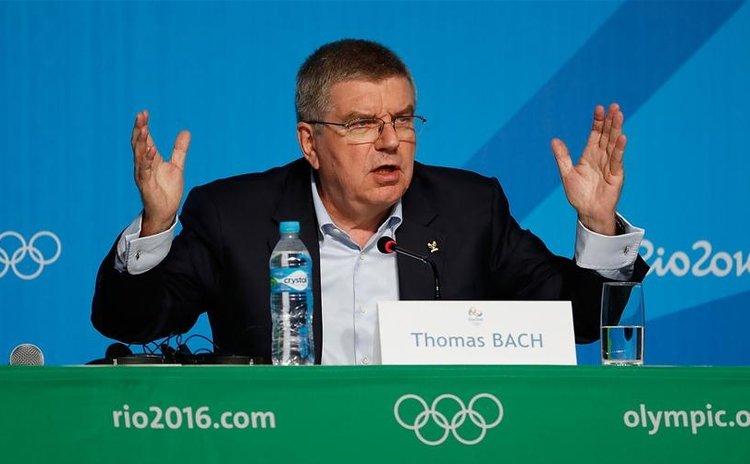 In a news conference following IOC's executive board meeting here, Bach said a blanket ban on Russia "would not be justifiable" on both legal and moral sides.

"You can not deprive any human being, in particular athletes we are responsible for, of at least the opportunity to prove his or her innocence," said Bach.

"Every human being is entitled to certain rights of natural justice," he said.

An independent report from Canadian lawyer Richard McLaren earlier this month said Russia conducted a state-sponsored doping system, which prompted calls for the IOC to ban Russia from Rio, but the Olympic body instead opted to leave it up to individual sports governing bodies to allow or bar Russian athletes.

Bach said McLaren report was to "reveal a system" and the IOC faced a much more difficult situation on how far they could go to punish an individual athlete for "the failures and munipulation of the government".

Until now, 67 track and field athletes have been banned from the Games by the IAAF and more than 30 others, including weightlifters and swimmers, failed to meet the IOC's new eligibility criteria.

Bach said the IOC should not be blamed for chaos before the Games which will open on Friday.

"Therefore the IOC can not be made responsible neither for the timing nor for the reasons of these incidents we have to face now," he added.

Bach also said the IOC decision to ban whistleblower 800-meter runner Yulia Stepanova is in line with the Olympic Charter.

"The executive board had to take a difficult decision. We have taken all arguments into consideration, in particular the advice from the athletes' commission. We had to respect the Olympic Charter," he said. "It was not easy."

Bach said the IOC "appreciates the contribution of Yulia Stepanova in the fight against doping'' and offered her "assistance and support" so that she can continue her career as an athlete.