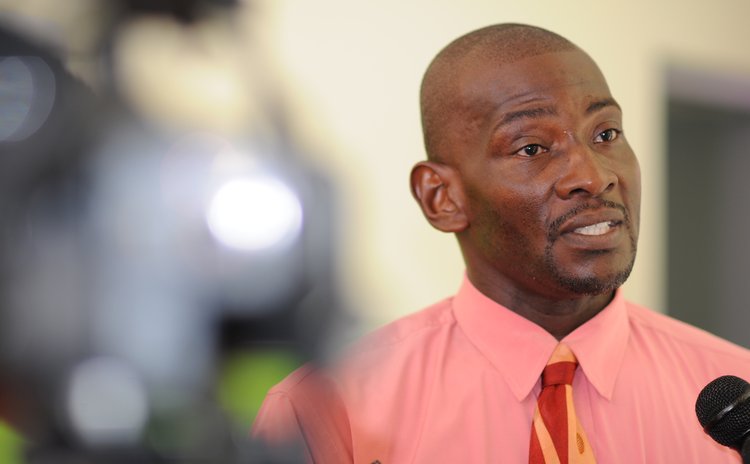 The ministry of education is closing in on a date for the reopening of schools and a decision could be made as early as next week, according to a top official.

Schools have been closed since 23 March as part of measures to contain COVID-19, and like many countries around the world trying to find a balance between pupils' health and education, Dominica has been struggling to determine the appropriate time to get students back into the classroom.

The time appears to be near, according to assistant chief education officer Dr. Jeffery Blaize, who told The Sun that a series of protocols to guide the reopening is being finalised and will be ready soon.

"We have a few challenges, but we have our guidelines being edited and very soon it will be unveiled. It is basically what we will do when opening up when the circumstances arise. But [while] it is still early days, what I can say is that by the third week in August we should have a pretty good idea of an opening date," said Blaize.

The resumption of in-classroom learning has been a highly contentious and divisive issue, even in developed countries such has the United States - where the number of coronavirus cases has reached five million - and England, where it is somewhat under control but with spikes in a number of regions. An initial plan by the British government to resume in June was abandoned after protest from parents and teachers, and after only about 11 per cent of students turned up for classes. School is now scheduled to reopen next month, but even this is being called into question by leading scientists and the head of a major teaching union as the number of COVID-19 cases appears to be on the rise. At issue in both the US and the England is the safety of pupils and teachers and the risk of taking the virus home to vulnerable family members.

Unlike these two developed countries and the many more who are still battling the virus, Dominica has contained the COVID-19 and there currently are no known active cases. However, there's the possibility of trouble on the horizon as the country reopens its borders to international travel. The lessons from the Bahamas, which saw the number of confirmed cases skyrocket from 104 on I July when it reopened its borders to 830 as of Sunday 9 August, and Jamaica, whose numbers doubled since reopening on 15 June, can portend trouble for Dominica.

Dr. Blaize said the decision on a resumption date will be made only after the ministry of health indicates it's safe to do so. "We must tell people in advance when will school be reopening, we can't just do that now for now . . . the border is now fully opened so all that we have to take into consideration - monitor and see what happens in that regard."

There's little disagreement among interested parties about the need to have the pupils back in the classroom as soon as possible. Pediatricians, educators, policymakers and parents all argue that lengthy school closures do more harm than good. In an open letter published on 17 June, the more than 1500 members of the United Kingdom's Royal College of Paediatrics and Child Health who signed the letter said continued closures risked "scarring the life chances of a generation of young people". And in its "Safe to Learn" recommendations published in May, the United Nations children's programme, UNICEF, stated that not only would it be unsafe for many children leaning from home, school closures meant the pupils would miss out on much more than textbook learning.

"Beyond academics, students are missing out on the social interaction they have with their fellow students and teachers that are essential to their well-being, protection, development and social-emotional skills that are key to enable them to be change agents to prevent violence. Being abruptly withdrawn from friends, teachers and the normalcy they rely on, children will suffer emotionally and psychologically. Furthermore, they miss out on the opportunity to learn essential life skills, such as how to manage emotions, cope with stress, build healthy relationships and resolve conflict without violence," UNICEF said.

The challenge for Dominica will be finding the balance between protecting families and communities from COVID-19 while supporting the total development of children and young people. Social distancing, class sizes, the wearing of masks, hygienic practices are all issues that must be taken into consideration as education officials mull over a date. In countries that have resumed in-classroom learning, the protocols vary - some schools imposed strict limits on contact between children, while others let them play freely. Some required masks, while others made them optional.

"The regulations are clear when school should reopen under normal circumstances - if you look at the past year school open the same time. But in the era of COVID we just can't say as per the law, because anything can happen, but hopefully by next week we should have a clear idea," Blaize told The Sun.