Back to the School Yard 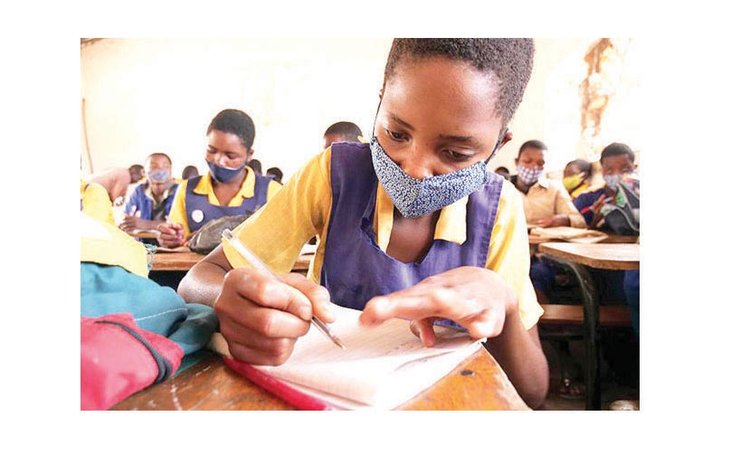 After nearly nine months of classroom closures and seemingly endless screen time, Miss Xavier, as she is known to her 3rd formers, is excited to return to the classroom. But despite her elevations, the veteran teacher is slamming the government's decision to announce the return of in-person learning a mere four days before.

"It's sad that we the teachers were not given any prior notice, but heard the news of the reopening of school on the radio at the same time as the parents," she told the Sun. " For the carnival activities, organisers knew months in advance, so why wasn't the same done for the school staff?"

The news was welcomed by some parents who are eager to see their children return to the classroom but others such as Laurel Denis says that during a time in which COVID-19 continues to spread widely and following the special carnival events which were recently held, such decision by the ministry of education "wasn't the best move."

"We want our children to return to in-person learning but we need to return to safe classrooms and that hasn't been guaranteed," she said. "What I certainly do believe that the reopening should have been done at the start of the third term which is just a few weeks away."

"The general consensus was that in the best interest of our students, we resumed face-to-face learning, but in a phased approach," the education minister stated while further stressing that principals have been asked to be "very accommodating" to students during the week of the resumption of face-to face-learning.

"We also want to say to our parents, let not your heart be troubled so much. We understand, as we discuss with our parents, that there will be little challenges, even if it was the first week of September, some of the things that we are hearing now we would have heard," she stated in what appears to be a response to the many comments made on social media about the short notice given for the reopening of school.

According to the Minister, based on these careful assessments, the Cabinet has decided that all primary and secondary schools in Dominica will reopen for in-person learning from Monday, March 7th, 2022, utilizing a blended approach- that is, online and face-to-face.

All form five and grade six students will resume in-person learning on a full-time basis, from Monday to Friday.

Small primary schools, with a population of 80 students or less, and with adequate classroom space for the stipulated 3-6ft social distancing, will open fully from 9:00 a.m. to 2:00 p.m., Monday to Friday.

Primary schools, with an enrollment of 81 to 200 students, will operate using the blended approach, with adequate space for the stipulated social distancing protocols. Grades K, 1, 2, and 3 will attend face-to-face sessions three days per week, Monday to Wednesday, from 9:00 a.m. to 2:00 p.m. Grades 4 and 5 students will attend face-to-face sessions two days per week, on Thursdays and Fridays.

The Dominica Community High School has a population of 61 students and can accommodate students of all forms, from Monday to Friday.