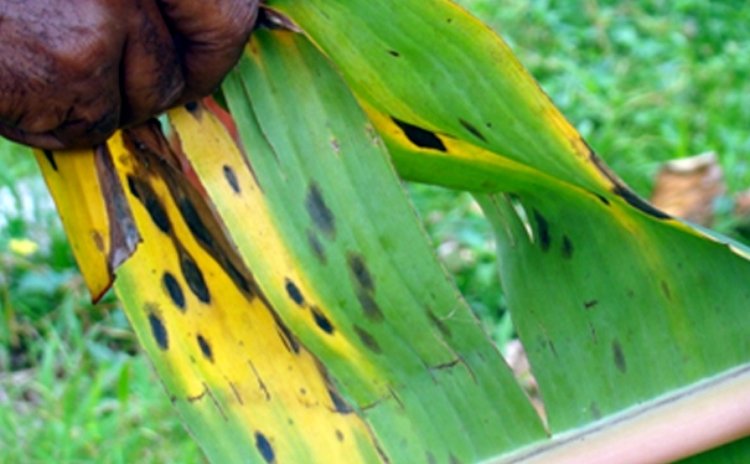 Over two years since Winfresh (UK) Ltd suspended buying Dominica's bananas because of issues related to black sigatoka, the island is yet to regain the British market, its largest.

Although banana exports have continued to a few regional islands, the volume of trade has significantly reduced, plunging the once thriving industry into a mire of uncertainty.

One local industry expert said Dominica has not controlled the disease properly; therefore, tissue culture plants acquired two years ago were wasted because the island failed to regain lost markets.

The expert contended that Dominica's current black sigatoka control programme is not paving the way for re-exports, and suggested that it needs to be restructured significantly.

"It's a fungus and it will explode once it is humid and wet," Abraham explained, adding that spray-treatments to kill the fungus on infected plants cannot be done when it is wet.

She said the management programme was set back and the problem was aggravated because of Tropical Storm Matthew, which struck during late August last year.

Additionally, the island's mountainous terrain with many farms only accessible by foot makes work difficult for disease control teams, she added. Abraham also noted that the banana industry has a high number of aging farmers who find it challenging to adhere to the disease control requirements.

"It's not that they resist it. We have an issue, which is the age of the farmers. Sometimes the farmers are old, they don't have enough help," she explained.

Another challenge, she said, is to get rid of infected, abandoned banana farms that are near to productive farms "because you can't have farms producing and around them, you have diseased farms."

Government has the right to cut down and destroy infected plants down after notifying farmers, Abraham said.

Abraham remarked that the success of the black sigatoka control programme should be assessed in the context of the relatively short time the disease has been here.

"Five years ago we got that here," she said, while other islands where the disease is currently under control have had it for over two decades.

Abraham said de-leafing is the key to black sigatoka control. "When you de-leaf, you remove signs of disease. You just remove disease from your field …

"If you keep doing that . . . there is less disease to fight. But once you ignore it, this thing is going to be back. Diseased leaves mean diseased bunches," she explained.

Abraham thinks farmers understand what they need to do and they expect full support from her unit.

"You cannot let your guard down… once you do your de-leafing and nutrition, they expect you to come in with your spray cycle."

"Government will continue to spray until the industry gets to the point where the farmers pick it up," she said.

Apart from getting access to the unit's spray cycles, farmers get free fertiliser through the Banana Accompanying Measures (BAM) programme.

Abraham said BAM made 34, 000 gallons of oil available to treat the disease.

Meanwhile, 60, 000 tissue culture plants have been ordered to facilitate resuming exports to the UK.

The first 20, 000 shoots have been planted at Portsmouth and will be distributed to farmers once weaned and hardened.

The remaining tissue culture plantlets will arrive in two batches later this year.

He said the plan is to activate a core group of farmers willing to do what is necessary to achieve global certification and fair trade certification — a must for the UK market.

These farmers must also commit to producing one pallet (45 boxes) of bananas per week.

The pillars of certification are that the fruit must be safe to consume and be grown in an environmentally friendly way using farming practices that uphold workers welfare.