Daniel Carbon Dominica's Police Chief says the bad apples in the police force who spoil the whole bunch worries him. 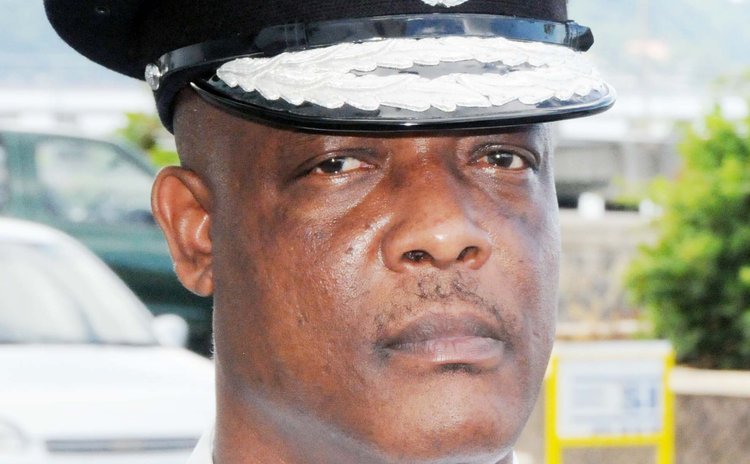 "I am concerned," he said. "A policeman or woman must be at a level of common sense. You don't need a university degree to know what's right from wrong. There are about 90 percent of the officers who are well behaved, dedicated, and professional and enjoy doing their work but there are 10 percent who are behaving in a particular way that the police force can do without. I cannot and I hope I could swiftly deal with these officers but it has to go through a process."

Comparing the current police force to the service of two decades ago Carbon said: "The police force was much more united…you could sense the camaraderie but today it is not so any more."

Carbon, who's into his second year as Dominica's chief cop, said the job is proving to be a major challenge.

"I knew that when I became chief it would not have been smooth sailing," he said. "We have a job to do and so we have to do it since we are paid to do it and I want it to be done professionally under my leadership." Critics say Carbon now heads a force infected with politics and that under his watch professionalism among the rank and file has been arrested, charged and locked away. That criticism is unfair, Carbon argues.

"Politics affect every institution of government; politics has been in the police force before me, continues while I am there (and it will have) its influence even when I am gone," he said. "But the officers must understand that they are entitled to their political bias but it must not be displayed in public, lest the public gets the wrong impression. Police officers must act professionally at all times."

Over the past few months a number of police officers have been accused of the illegal possession of firearms and drugs. The Police Chief warns that he will take harsh measures against the culprits.

"I will never encourage, tolerate and close a blind eye to police officers involved in illegal activities. It might be a difficult thing to prove but who knows; 99 days for the thief and 1 day for the watchman," he said. "We have arrested police officers in the past with cocaine and they were dismissed, found guilty at the court and sentenced. No police officer can expect sympathy or pampering from me if they are found to be involved with or in illegal drug activities, which is unacceptable not only here but worldwide. I will be very hard on them."