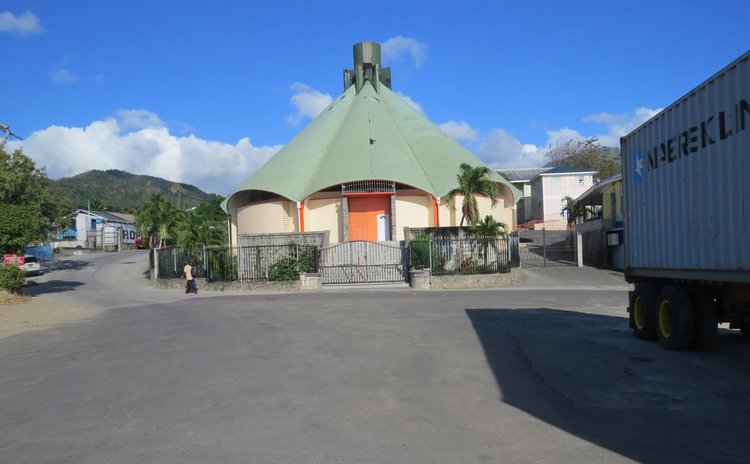 Part I of the article focused on the participation of Lakers, Sharks, Hoyas III and Hoyas 16 & Under teams (all from Pottersville) in the national league. The article concludes below.

By 1989, Hoyas had grown and Pottersville then moved up to compete in both Senior and Intermediate Divisions of the National League, under the direction of Coaches Marcellus Lee and Daniel "Meys" Winston respectively.

Unfortunately, as a result of a riotous incident which occurred during Hoyas I first match, which was being played against Pros, the club was slapped with a 1-year suspension from the National Basketball League.

Fletcher Leblanc, a son-of-the-soil from Pottersville, played with the team for one year; others subsequently joined.

Following their serving of the ban, Hoyas I & II returned to the League. Thereafter, Hoyas Senior sent out a strong signal to their opponents going on to capture the Division I League championship in 1991, bringing yet another championship trophy to Pottersville.

Hoyas Division I team last played in 1997, but Hoyas Premier Division side remained on the cards up until 2006.

Sponsorship of Pottersville's Teams: Five of the six basketball teams that emerged from Balaou Town were sponsored.

Lakers were supported by Marie's Boutique which served the community, while Hoyas 16 & Under was sponsored by Moreau's Garments which had its humble beginnings at Pottersville. Meanwhile, Sharks were sponsored by Abraham Colour Tyme, another small business that was based in Balaou Town.

Hoyas senior team received sponsorship assistance from two sources over their life time. They were first sponsored by Berger Paints, and this partnership lasted from the formation of the team until 1999. From 2000, however, L.A. Dupigny & Co., a local company operating in Roseau became the team's new sponsor.

Meanwhile Hoyas 2nd LMD team was sponsored by Berger Paints up to their dissolution.

Playing on a make-shift asphalt court on the carpark of the St. Alphonsus Roman Catholic Church, teams distributed mainly by streets in Pottersville competed against each other for supremacy in Pottersville Basketball; that well-organised community effort received some media coverage.

The PvBL had only one other edition, i.e. in 1988 which bounced off with an opening ceremony. For the opening the 'Basketball Boys' from the PvBL engaged a team of female netball players from the community in a netball friendly.

Davidson debuted on the national team in 1992 and was voted Dominica's MVP in the 1993 Windward Islands Basketball Tournament which was hosted by Dominica. He was featured in Jump Ball No. IX in February 2017.

Lester, who played in the Pottersville Off-Season (plus SMA and Harks), received an athletic scholarship in 1987 to attend and play for Rushmore High School in Minnesota, USA.

Marcellus went on to serve as Head Coach of Dominica's Senior National Basketball Team in the late 1990s.

Comments: Although basketball is no longer an active sport in Pottersville since the Hoyas senior team folded, it must be appreciated that the community has contributed towards the development of basketball on Dominica. This has come in the form of the Pottersville Basketball League; 6 teams participating in the National Basketball League over 19 years (total) – though all not simultaneously; representation on the national basketball team, etc.

The question is: Will Pottersville ever return to being a 'basketball centre' once again? If so, who will grab that re-opening possession and 'run' with it?

Special Thanks to Russell and Tee-Ling.