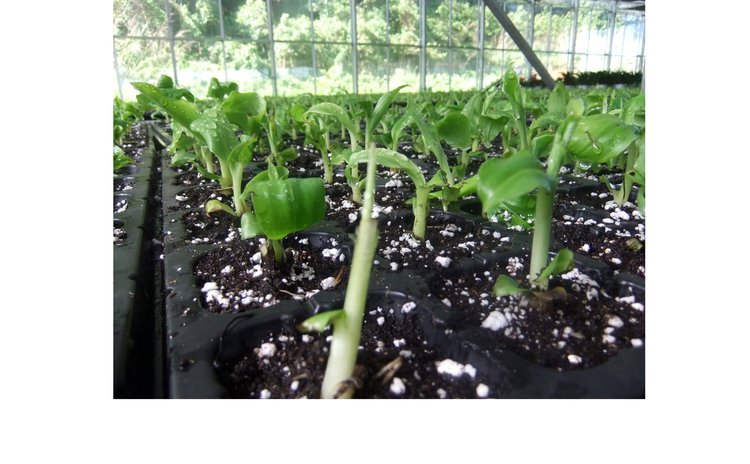 It is no secret that the once-loved banana industry will die if the Black Sigatoka fungus is not controlled. The Ministry of Agriculture has apparently realised this and has taken some steps to revitalize the industry.

For instance, on April 7, 2015 Dominica received 20,000 banana plantlets from France; this is the first shipment out of the 60,000 plantlets expected to be shipped to Dominica.

In the meantime, WINFRESH (UK) Limited, the fruit importer and distributor has suspended the purchase of bananas from Dominican farmers because of poor quality. That ban has not been lifted.

On the issue of the banana plantlets, Head of Plant Protection and Quarantine Unit, Ryan Anselm, said managing Black Sigatoka has been challenging; the Division of Agriculture is implementing an integrated plan of action that involves sanitation, nutrition and chemical application.

Anselm said resources to fight the disease have been scarce, in spite of the Government's input especially in the provision of chemicals.

"We are spraying every 28 days and from January what one would see is an increase in application, a more frequent spraying programme has been conducted," said Anselm. "Together with the Banana Accompanying Measures (BAM) we have also put a programme in place what we call establishment of pilot plots and these pilot plots will be in Castle Bruce and Calibishie."

He noted that with the help of BAM the Ministry should also receive funding from the 10th EDF European Union Fund; $2.2 million has been allocated for chemicals, nutrition, and insecticides to help with the management of Black Sigatoka.

Anselm said that on its arrival, the 20,000 plantlets were transported to the One Mile Agricultural Station in Portsmouth where they are currently in a "smart greenhouse" under the supervision of the Chinese agricultural mission.

"We are presently doing an assessment of the areas targeting the farmers, interviewing and evaluating the areas, the location where the plants are going to be and that exercise will be completed early next week," said Anselm. "We are also going to take measures in terms of management of Black Sigatoka in the field; once we give out the plants to the farmers we require that the area is free from Black Sigatoka at least from one mile to prevent Black Sigatoka from harming the plants."

He explained that once the farmers are targeted they will sign a Memorandum of Understanding (MOU) with the Ministry of Agriculture that the farmers will give planting material to other farmers.

"So in the first year of the operation we are targeting at least 100 acres knowing that farmers will give planting material to other farmers. The intention is to establish five-acre plots so these plants will probably do approximately 40 acres," he said.

Meanwhile, obtaining data on current banana exports has been difficult. Each banana organisation we contacted referred the Sun to another, to another, to another; until the search stopped at the Statistics Division where we were initially told computer systems were down and then a few days later that officers were in the process of crunching the figures and hence the data was currently unavailable.

But a report written by the General Manager of DAPEX Julian Elwin on January 8, 2015 stated that in spite of the support of Government and other organisations, banana production has "again taken a dip in exports from a milestone 18,000 boxes a week in July to 1000 boxes per year fortnight in 2014 which is the worst performance on record since 1954."