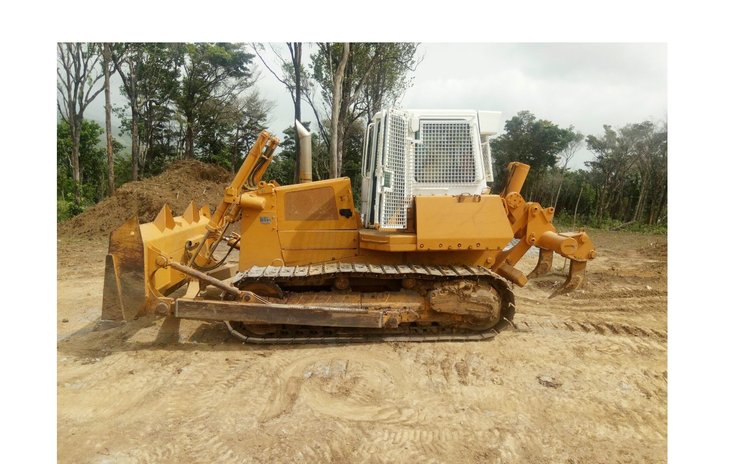 It's been six long years since Asquith Bannis says that he's been exercising patience when it comes to getting what is owed to him, but now, the businessman is adamant that "enough is enough."

Bannis, the owner of ADA Trucking Service Limited, tells the Sun that since 2012, he's been providing his services by way of heavy equipment to the Dominica Solid Waste Management Corporation (DSWMC). However, since reviewing his contract in 2016 to provide his service permanently, the businessman revealed that it's been a struggle getting paid.

"We have been working for years and sometimes we get paid a small portion, but the majority of the time we go months without getting a single penny and this is something that I have been raising concern about over and over again and have been trying to get the payments monthly, but this hasn't been the case, " Bannis said.

With frustration at an all-time high, last week, he and his team decided to withdraw the use of their heavy equipment-two excavators and a bulldozer-until a portion of the over $4 million owed to them is paid.

Such action resulted in the closure of the Fond Cole sanitary landfill.

"In the past, we have been forced to pull out one or two machines when we've received payments, but not this time. With the rise in fuel, we sometimes spend $1000 a day, which is out of pocket as well as payment to the equipment operators and other employees, so right now I am saying this can't continue to happen," Bannis declared.

The businessman who did not wish to disclose his next course of action said his equipment is still at the landfill and their operation can recommence immediately if only the government complies and pays some of the money owed. A senior member of staff at the Corporation confirmed Bannis' complaint to the Sun's reporter last week and at the time also indicated that if the matter was not addressed, all garbage trucks on the island could be grounded, as space in the landfill was an issue.

When questioned on whether there is any other equipment on the island which could be used, our sources revealed that due to outstanding payments to other equipment operators, they have also withdrawn their services.

Late last week, Rhoda St John, the public relations officer of the DSWMC, confirmed the closure of the landfill to the public, but only revealed that management was "dealing with internal issues."

Since this time, the DSWMC has announced that the landfill will be reopened to the public sometime this week.

However, when contacted to confirm whether there had been any resolution to the issue, Bannis told the Sun that he had not received a cent and was informed that another private equipment operator had been contacted to replace him.