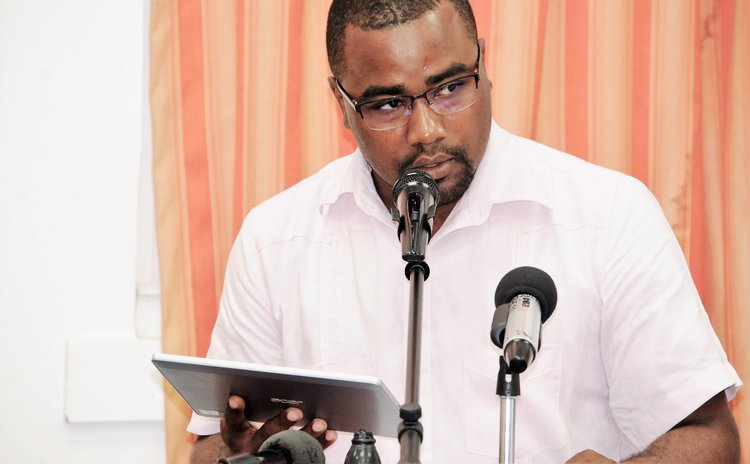 Call him confident, call him hopeful, or simply call him naïve, but young Paul Baron who was once strongly associated with the ruling Dominica Labour Party (DLP) has jumped ship to the once-prodigious now grappling Dominica Freedom Party (DFP), hoping to be the sacrificial lamb which can rise the DFP from the ashes.

Though many view any attempt to bring back the DFP from the dead as nothing but a pipe dream- elusive, maybe- the young politician, is confident that the Party who entered a Faustian pact with the DLP in 2000 to oust the then United Workers Party (UWP) government is the only transformative solution to restore a nation once prosperous.

Baron, who wasn't new to politics before joining the Labour camp, worked with Claudius Sanford, the former UWP candidate for the Salybia Constituency, then moved on to assist the opponents eventually becoming Communications Specialist for former and present DLP Parliamentary Representative Cassius Darroux and Cozier Frederick.

When asked why he decided to cut his navel cord from the party, the former DLP operative-turned-Freedomite responded, "my departure from DLP is similar to a departure from any organization. There comes a point in time when you have to understand exactly what you've been able to achieve at that organization, how it is you have applied it and you always have to consider at the end of the day what motivates you the most and what are your pull and push factors."

Based on a conversation he had with his father years ago, Baron says his decision further hinges on the fact that he has recognized that there is a lot more that can be achieved to further develop the island.

"I'm not cocky to say that I am better than anyone but I can tell you safely I have outgrown the organization and as a result of that I am looking at the next best step. I am also looking at the future of Dominica. I am looking at what I have been able to achieve as an individual also as a nationalist; I am leveraging that against Dominica best future," he said.

As a youth activist he has also capped the position of Chairman of the Atkinson Village Council, then President of the National Youth Council (NYCD), but in 2019, committed what he considers political suicide, when he publicly endorsed the DLP candidate, violating the NYCD constitution, based on Section 3, Article VIII (Code of Conduct) of the NYC constitution which addresses the issue of political expression and affiliation by executive members.

Such a move led Baron to be suspended from his role, and an action he has been forced to live with.

"This is one of the things that I regret the most. I am extremely regretful that I made that decision only because at that time I thought it was a sincere thing, I am a sincere person, but I can tell you safely, the minister would not have publicly or personally told me that it was a good thing that I had done," he said. "I am not saying that hinges on my decision but I know that if someone sticks their head out for you, you have to show them some appreciation. So I regret that decision only because it almost sort of terminated me."

Nevertheless, he maintains that he's left the party on good terms and vows there's absolutely no bad blood. With a new clean slate, Baron is seeking the forgiveness of the younger generation and says that he's ready to work in tandem with the fifty-two-year-old party which he views as "Eden" and a "haven" in Dominica where the political environment is concerned.

Speaking to the SUN, General Secretary of the DFP Johnson Boston welcomed the young man to the team, stating that the once-dominant party is always looking for young individuals who align with their goal.

As it pertains to shaping him for leadership positions, Boston did not rule out the idea but noted that time will tell.