JUMP BALL No. XIX (Segment A): by Arlington James 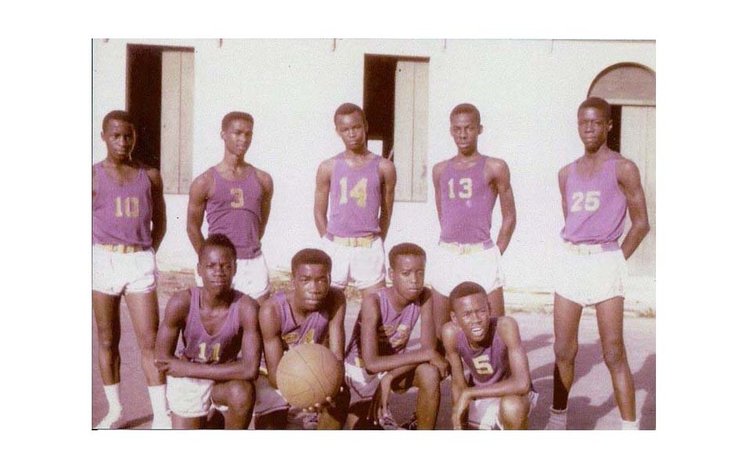 This current article, Basketball Before Windsor Park: 1966-1971, provides readers with a peek into the league over the period preceding its relocation from St. Mary's Academy (SMA) grounds to Windsor Park, in February 1972.

In those days basketball was relatively new here, having been introduced to Dominica by the Christian Brothers of Ireland who administered SMA – the birth place of our national basketball league. However, the sport showed significant growth between 1966 and 1971 with increasing popularity among the youth, including both all-boys secondary schools.

Other significant changes/events that occurred during that 6-year period were the introduction of a Division II; SMA fielding teams in both Divisions; a team from out-of-town competing in the League for the first time; Dominica's Island Team engaging several teams both at home and overseas; and the staging of a major, 28-mile walk-a-thon.

Dominica's Basketball League was first staged in 1966, with only four teams participating in the inaugural year. The season ran for 5 weeks, from 7th May to 11th June, and fell under the auspices of the Basketball Sub-Committee of the Dominica Amateur Sports Association.

It may be that the 1966 League was only a single-round/Round-robin affair, and scores of only two matches were published in the Dominica Chronicle: Citylites vs SMA (34-31); and Limers vs Argonauts (52-38).

For the Knock-Out competition, the results of all four games were published. S.M.A. vs Limers (65-42) and Citylites vs Argonauts (46-33) played in the semi-finals. Limers then defeated Argonauts 47-42 for 3rd place, while S.M.A. edged out Citylites 36-32 to capture the 1966 Knock-Out Championship.

The most outstanding player-score published in 1966 was 22 points, made by Bradley Hector of Limers. His team had scored 52 points in a match vs Argonauts.

A Refereeing Committee was also formed in 1966.

The popularity of the sport here was beginning to mushroom as there was an increase in the number of teams from 4 to 6, with the entry of two new teams into the League.

Newcomers Atoms won both League and Knock-Out Championships in 1967. The League trophy was donated by O.D. Brisbane & Sons, while Cable & Wireless provided the Knock-Out trophy, and crowds of up to 500 attended some of the games during the season.

That year a "team from Grand Bay", at the time still unnamed, made their first appearance, playing against and defeating SMA in a short exhibition match on the Awards Presentation night.

Firstly, Guadeloupe's Island Team played and won both games against Dominica's Island Team at the end of April. In the first match, "The Guadeloupe Island Basketball team whipped the Dominica team 81-58 before a crowd of over 600 persons on the S.M.A. Court…" (Dominica Chronicle, 6th May 1967). The scores in the second match were Guadeloupe 63, Dominica 50.

However on Night 3, Dominica's Team "thrilled their supporters with a 62-51 victory over 7-Up Giants from Barbados in a well-played and very exciting match on the S.M.A. Court…" (Dominica Chronicle, 25th October 1967).

Shooting and rebounding statistics were kept in both tournaments, and that feature may have been a first for Dominica.