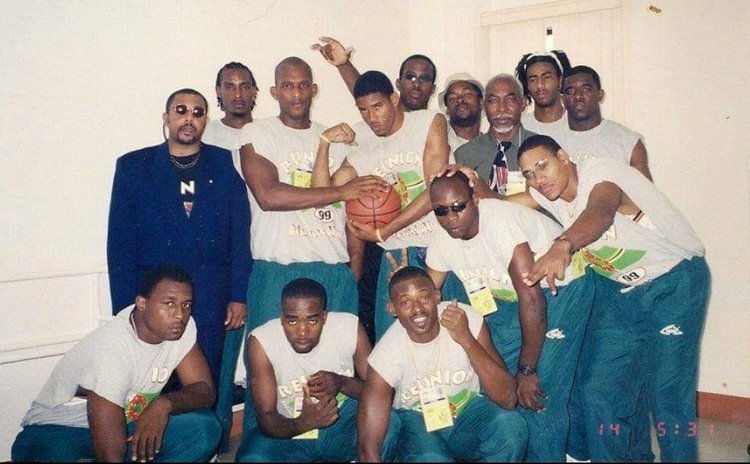 The column now changes baskets and focuses on the first decade of the 21st Century, i.e. the 2000s.

2000 * Dominica's National Basketball Team performs creditably at the 15th CARICOM Basketball Championships held in Barbados. The Nature Island Boys succeeded in defeating two of the more fancied teams for their first time. First, they beat Jamaica 72-61, and later Trinidad & Tobago 77-61. According to the team's manager, Edgar Robinson, "We literally sent the Jamaicans to the locker room crying..."

More recently, Rakeem Christmas, who was born in New Jersey, USA but whose both parents are from Wesley, Dominica, by birth, played in the NBA with Indiana Pacers in 2015.

2001 * The Massacre basketball court becomes the main facility where games in the DABA national league are played. Several DABA games had already been played at Massacre in previous years.

2002 * Brian Grant of NBA's Miami Heat donates US $6,000 from the Brian Grant Foundation to the Trafalgar Village Council for upgrading basketball facilities in Trafalgar.

NOT IN PHOTO: Derek 'Didi' Alexander (Asst. Coach and camera-man)