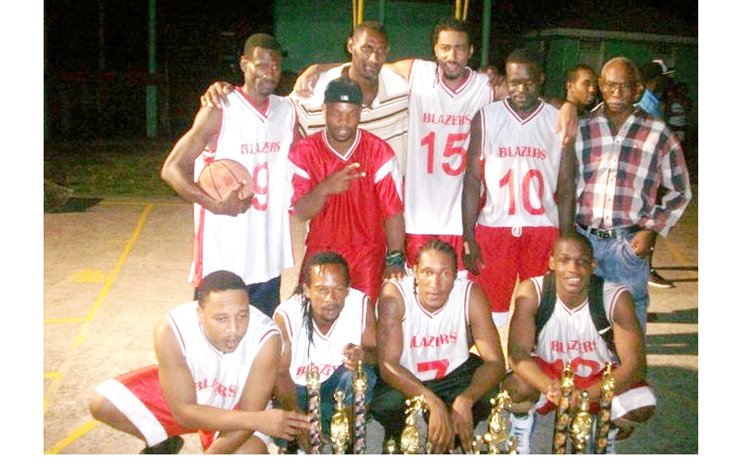 Part I of these clippings presented for the four-year period, 2000-2003. The article concludes below.

2004 * The once mighty Cardinals, Dominica's most decorated team in history of local basketball take their final jump shots after 37 seasons, with over two dozen major championships (league, knockout, playoffs) as well as a couple of sub-regional club championship honours to their name.

"Caroni" - the name of their first sponsor - as the team was affectionately known in their formative years, debuted in 1968, and for two seasons (1978, 1979) they played as Cougars. Their juniors, Cardinals II was very short-lived, competing only in 1999, in the 2nd Level Division.

2005 * The Dominica Amateur Basketball Association (DABA) cancels the 2005 basketball league. The reason presented for this action: "failure of teams to attend the Annual General Meeting and elect a new executive".

2006 * For the first time ever Dominica State College fields a team in the Premier Division of the national basketball league. The previous time that a "college" team participated in that league was in 1988, and that was in the 2nd Level Division.

2009 * Blazers of Massacre retains the DABA Premier Division Play-Off Championship, adding to their growing collection of silverware and being described by The SUN newspaper as "Dominica's most dominant basketball team in the last 15 years..." That was Blazers' 10th Premier Division League Championship in their 16-year history.

REMARKS: The press did not carry any stories on basketball for the 2005 or 2008 calendar years. That was rather unfortunate, although these were not the first times that the sport was treated that way by the local press.

Most of the information presented above was sourced from archived newspapers and the newspaper reporters who wrote the stories for the other years must be commended.

Jump Ball thanks Algernon Jervier, a member of the 2000 Dominica National Basketball Team for that year's CARICOM Championships for the photograph and for identifying the persons in the photo.