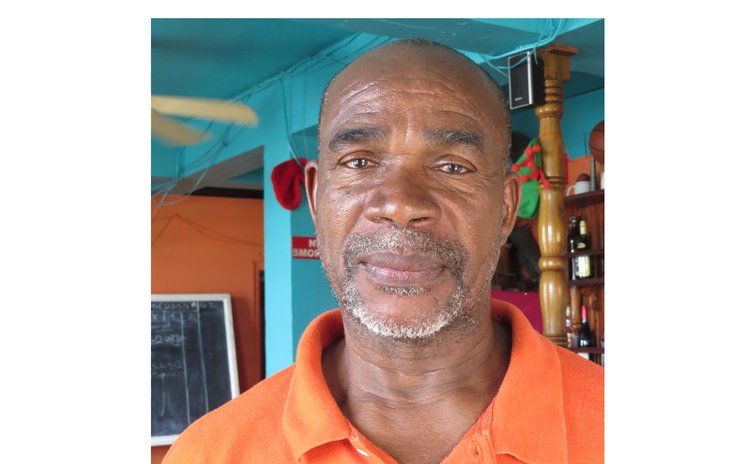 Time and again we see emerging on the local sporting scene, talented individual sportsmen and sportswomen who engage in multiple sporting disciplines and who represent their club and/or country.

Forty-one years ago, following the conclusion of the 1976 basketball league a few players from some of the top teams in that year's league decided to display one of their other talents. They tossed away their tennis boots and donned studded leather boots to tread new ground. They formed themselves into a football team - some had prior experience playing competitive football - and entered the Dominica Football Association (DFA) Division II League. Most of those guys were senior players in the basketball league, with some having represented Dominica on the national basketball team.

Those bold basketballers wanted to put their football skills to the test on the 100m x 50m grassed field with goals 8yds wide by 8ft high, having temporarily abandoned the 92ft x 49ft asphalted hard court and an 18" basketball hoop. And boy! Did they have fun on the field, keeping fit in preparation for an important upcoming basketball engagement.

And so those basketballers-turned-footballers named their team Basketball Doctors, hoping to combine their football skills to jointly and surgically dissect through the teams in DFA's Division II League. We speak here of teams such as Saints II, Kensborough United II and, among others, the teams from the Roseau-based secondary schools in 1976 that catered for boys. The StarSports columns in The Star Dominica first reported on that team as Basketball Pros and later as Basketball Stars. However, according to Alphonso Etienne their team was actually Basketball Doctors; they were neither pros nor stars.

According to former members of Basketball Doctors, the players on that team and their basketball affiliations included: Alphonso "Bédo" "Fanso" Etienne (of Raiders), Trevor "Hola" Knight (Cardinals), Clem Jno. Baptiste (Cardinals), Wilmoth "Plastic" LeBlanc (Cardinals), Mikey "Paper-Tiger" Casimir (Wizards), Peter "Black" Skerrit (Flames), and Eric "Paul-Cha" Eloi / Goalkeeper (Flames Junior), among others whose names could not come to the minds of those interviewed.

Some of those Doctors would have been scoring in the 20-30 points range for their respective basketball teams. However, it may be inferred, based on the published game results from the 1976 Football League that referenced Basketball Pros/Stars, in some of their games those Doctors seemed to have been better at dribbling and scoring 'rimless' baskets than at heading and placing the football at the back of the net… So to speak!

For example, in two of the Doctors' matches the school team students in Division II turned the operating tables around and amputated those basketballers with painfully combined scores of 16 goals for, to none against! St. Mary's Academy first hammered the Doctors 9-nil, at a dispensing rate of just under one goal per 'patient'. Some weeks later Dominica Grammar School rubbed salt in the wounds of those non-medical Doctors with a blistering 7-0 score! And, possibly scared of further pain, the Doctors forfeited their game against Saints.

Hence, in their 'fun run', Basketball Doctors amassed at least 4 goals, but conceded possibly more than 19 in their five played matches.

However, in spite of the humiliation suffered at the football boots of the schoolboys Basketball Doctors were able to save face, and by the time the Referee blew his final whistle in the 1976 DFA League the "Doctors" had secured 4 big points in their 'basket'.

Furthermore, even with their not-so-favourable overall performance of possibly 4 draws, or 1 Win and 2 Draws, plus at least 3 Losses, the team had one consolation. Basketball Doctors did not finish in the cellar position in their Division. The League results published in The Star (10th December 1976) presented the following placements and points earned for the seven teams which participated in DFA's Division II League:

Basketball Doctors hung up their boots at the end of the 1976 football season, although a few individuals such as Trevor Knight and Peter Skerrit went on to play or continued playing in the DFA League the following year. Those players, now in or bordering on their 60s, have all long retired from such sports. It may be noted however, that the 1976 schoolboys, all of whom would currently be in their mid- to late-50s, and who played against the Doctors, would probably have relished the football goal-feasts at the expense of those basketballers.

Glenson Prince, Dominica's 2016 National Goalkeeper, noted that around 2007 Portsmouth's Bombers football team participated in the Portsmouth Basketball League as a unit, much to the delight and entertainment of the spectators.

Some observers have asked, "So, what were those Basketball Doctors, viz. 'Dr. Fanso-Bédo', 'Dr. Black', 'Dr. Hola', 'Dr. Paper-Tiger', 'Dr. Paul-Cha', 'Dr. Plastic' and the others thinking, going into a Football League?" But, it can be muttered in the same breath that recently some 'real' teams of footballers may not have performed as well as the Basketball Doctors did back then.

It may be of interest to note that in the over fifty years of basketball in Dominica to date, we have seen several basketball players who went on to become either a Medical Doctor (MD), a Doctor of Philosophy (PhD), or a Doctor of Veterinary Medicine (DVM). Some of those players had also represented Dominica on the senior national basketball team.

Among the medical doctors include George Daniel (Atoms, then Electrons basketball teams), George Bruney (Ambassadors), Irving McIntyre (Cardinals), Vernon Dechausay (Clouds), Jonathan Prevost (Harks), Kinnard "Big Joe" Letham (Pros) and Rick James (Marigot Sonics). Colin McIntyre (Fond Canie Rebels) went on to become a Doctor of Veterinary Medicine, while Herbert Thomas (Cardinals), Donald Peters (Atoms) and Ashton Delauney (no registered team per se) each went on to earn a PhD. One wonders how those eleven basketballers who became real doctors would have managed as a unit in a football league.