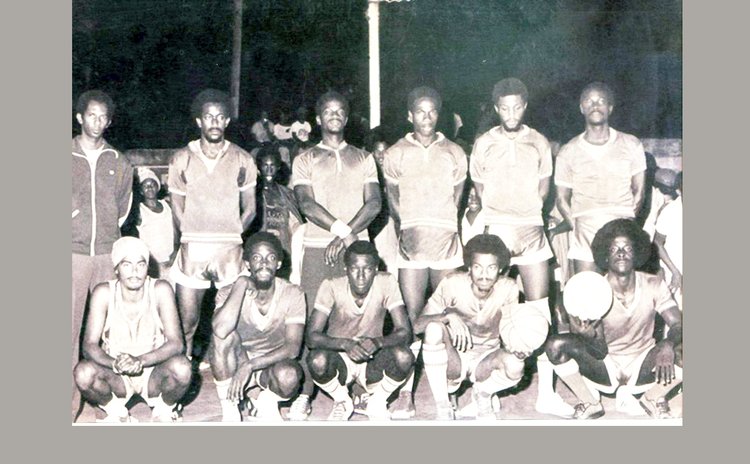 Part II of the article presented basketball newsclips for the 5-year period 1969 through 1973. This chapter concludes below.

1975 * Dominica participates in the inaugural Windward Islands Basketball Championships which were staged in St. Lucia and won by Grenada.

Dominica places 2nd, amassing a total of 219 points in their 3 games, and blew out St. Vincent and St. Lucia by 70 points and 39 points respectively, but lost narrowly to Grenada by 4 points.

Five of the 11 players selected on to the first-ever Windwards Basketball Team, as well as the Coach, are Dominicans.

1976 * Dominica crowned champions in the 2nd Windward Islands Basketball Tournament which was played between three teams at the Windsor Park in Roseau. Dominica defeated St. Lucia 62-41 and St. Vincent 77-73.

1977 * Dominica's first female basketball team, Pioneers is formed and is assigned initially to compete against all-male teams in the Junior Division until a Women's Division is introduced in the very early '80s.

1978 * Pros registers the highest score ever in a league match to that point, extinguishing Starlights with a mammoth score-line of 136-58. Also in that match, possibly the highest player-score to be made in the league to that date was credited to Lambert Henderson (now deceased); his personal score equalled that of Pros' opponents.

Remarks: The second in the series of local basketball newsclips will present information from the 1980s and 1990s. Information presented above was sourced from archived newspapers.