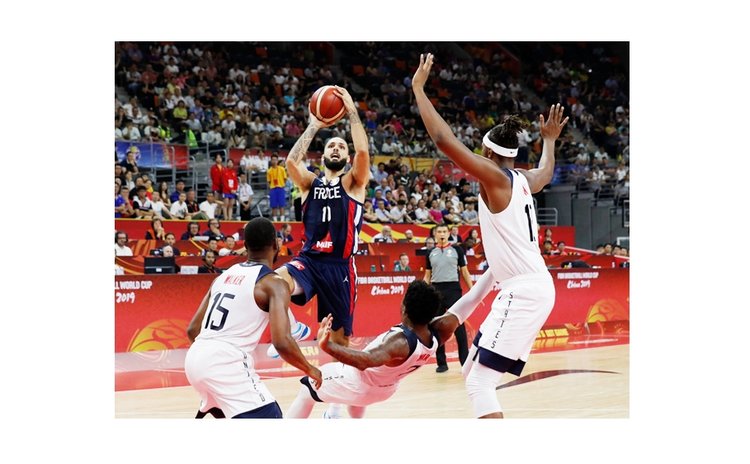 Since Jump Ball debuted in 2016 the column has focused almost exclusively on local basketball. Among the 85 articles published to date the column, however, featured two NBA players, viz. Garth Joseph and Rakeem Christmas, both born of Dominican parents, and so the local flavour of the column was maintained.

This year 2021 makes it 130 years since Canadian-American Dr. James Naismith invented the game of basketball in Massachusetts, USA in 1891. Locally the inaugural League was staged in 1966.

Over those 130 years, the game has developed in the United States and among the 213 federations which hold membership in FIBA (International Federation of Basketball Associations).

So, let's peek at the historical development of the game from an American perspective, and as the clock ticked. The information which follows was copied from an article titled, 'BASKETBALL BASICS: THE EVOLUTION OF THE GAME' which presents a chronological look at the major refinements of the game, and which was posted on the Internet. A few minor edits were done to the text.

Basketball Basics - The Evolution of the Game: Dr. Naismith, with all of his imaginative planning, could not have dreamed his 'Peach Basket' game would develop into the world's greatest indoor sport. Although the original 13 rules have been expanded to over 100, the spirit and principles of the original rules are still in effect today. Major rule changes over the years addressed the number of players, the court boundaries, dribbling, and the elimination of the center jump after made baskets. In the mid-1930s inter-sectional competition led to a standardization of rules throughout the USA.

Team Size: Originally, there was no set rule on the number of players. The idea was that the game could be played by any number of players. However, that did not work out. After experimenting with teams of up to 50 players, early games were primarily played by nine players on each side - the reason being that 18 students had shown up for Naismith's class. In 1897 five players became the mandatory team size.

Baskets: Originally, the game was played with peach baskets or 18" square boxes hung from the balconies of the running tracks of most indoor facilities. At this time the basket height was established at 10 feet, which still stands today. Obviously, the peach baskets and boxes slowed the game down since the ball had to be retrieved after every goal either by someone on the running track or by ladder. The peach baskets were replaced first by heavy woven wire rims in 1892. Then, a year later, in 1893 cast-iron rims were used. Open-ended nylon nets were approved for use in 1912. This was a major milestone for basketball since the free-falling ball after a made basket dramatically increased the tempo and scoring of the game.

Backboards: Wire mesh backboards were introduced in 1895 to prevent spectators in the balconies from interfering with play. Wood replaced the easily dented wire mesh backboards in 1904, and plate glass backboard usage was approved in 1909. Backboards were mounted flat against walls. In 1916 to prevent players from running up the walls for easy lay-ups, a two-foot gap between the backboard and the endline was required. In 1939 this gap was increased from 2 ft to the present 4 ft to allow for more movement underneath the basket.

The Ball: The first basketball games were played with soccer balls. However, they proved to be unsuitable for dribbling and ball handling. The first manufactured basketballs were produced in 1894 by a bicycle manufacturing company. In the late 1890's Spalding took over as the official ball maker. In 1905 the choice of basketballs was left up to the teams. Because of their inability to maintain their shape and their laces, these early brown leather basketballs were difficult to dribble.

In 1929 basketballs were re-designed for more bounce and with concealed laces which eliminated erratic bounces. The balls were bigger, lighter, and easier to handle. In 1942 molded basketballs that maintained a constant shape and size replaced the stitched balls. In 1967 the American Basketball Association (ABA) played with red, white, and blue basketball. Today, the WNBA and FIBA use contrasting panels. The men's ball is 30" in circumference and the smaller women's ball is 29" in circumference.