JUMP BALL No.97 (Part I). By Arlington James 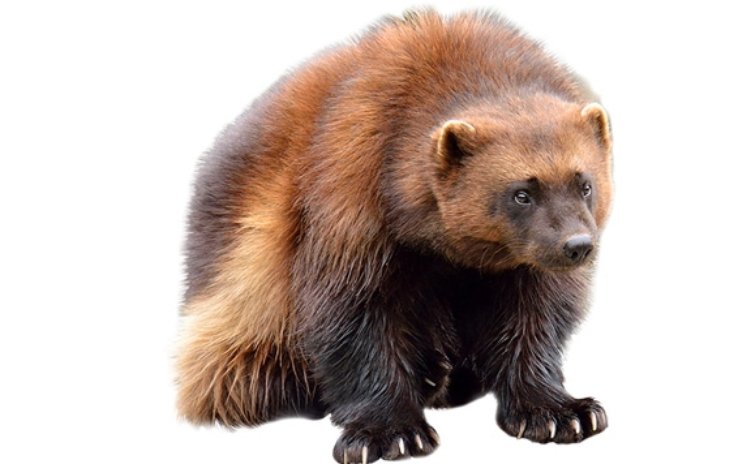 The WOLVERINE is a strong, ferocious carnivore

The story of Bath Estate, a.k.a. Lakoudwé, from the 1970s onwards is a very interesting one. It includes references to lime fields separated by neat Galba windbreaks, fresh limes, and barrels of lime juice awaiting shipment to England. The story also includes a section on the Roseau River, including Under Power and Champagne river pools.

Added to that are the Bath Estate Housing Development; the once longest "spring" bridge in the OECS; Fèt Lakoudwé; Bath Estate's 'Blue-Blue' Football Team and, of course, BASKETBALL!

Bath Estate entered Dominica's competitive basketball arena in the late 1980s and so far has fielded three teams – all bearing the same name but playing at different levels - in the national basketball league. Their final chapter of their involvement was closed (temporarily?) in the late 1990s.

Let us take a peek at Lakoudwé's involvement in basketball:

Wolverines II were active initially for the 1988 season, took a long break afterward, then returned for one final season (1997-1998), whilst Wolverines III played for two consecutive seasons, i.e. 1988 and 1989.

WOLVERINES III: In the junior Wolverines' first year on the court (Reunion '88 Year) they did not fare out favourably, placing 7th from eight teams in the Division, with 2 wins and 5 losses. They scored an aggregate of 222 Pts in their seven matches but conceded 453. Four of their losses were blow-outs, including a 70-point crushing defeat from Hoyas III.

The Year of Environment & Shelter (1989) saw Wolverines III improving on their standing, this time placing in the middle of the pack at 5th from 8 teams but with only 1 Win and 5 Losses, netting an aggregate of 380 points and conceding 424. The ninth team which started the season was disciplined towards the end of the league.

Wolverines III's sole victory in 1989 was against Bullets, when they inflicted a 93-70 blow-out on the La Plaine team in a high-scoring encounter.

Among the losses which they conceded were a 6-point defeat from Bengals from Soufriere (64-58) and a 34-Pt blow-out from Cavaliers.

Another match which they lost that year was against Roseau Boys' School, by default. Seven (7) of the eight Wolverines players fouled out of that match, leaving only Kelvin "Spikes" Sylvester on the court with no one to pass the ball to. Wolverines had been leading 70-69 at that point.

"Spikes" – as he is popularly known – would later go on to serve as Manager of two senior division teams: Cardinals for several years, then Knicks.

Wolverines III took a head dive at Under Power at the end of the 1989 season and never surfaced thereafter.

WOLVERINES II: In Wolverines II's inaugural year on the court (1988), like their juniors they performed below par. They placed 5th from six teams in Division II's Zone A, but with 3 wins and 2 losses, scored 265 points and conceded 236.

Their narrowest loss was to Dominica Community High School (53-56). Other teams in their zone were Sharks, Sharpers, Raiders and Oilers. Pros II and Clifton Dupigny Community College had originally been assigned to that zone but both became short-lived after two games each.

When Wolverines II made a brief come-back for the 1997-98 season, they registered in 'Division I' which was the 2nd Level Men's Division.

It is possible that many of the Wolverines players on the three Bath Estate teams do not know what is a wolverine, but Wolverines II was Bath Estate's last team in the national basketball league, making their final growls at the end of the 1997-1998 season.

Bath Estate's Basketball Facility: Sometime in the 1990s a basketball 'half-court' was constructed near the Bath Estate Playing Field, and now a new, full-length multi-purpose hardcourt is expected to be completed at the same location, early in 2022. This may just trigger a resurgence of basketball in the community.