Battle between Benjamin and Bazil 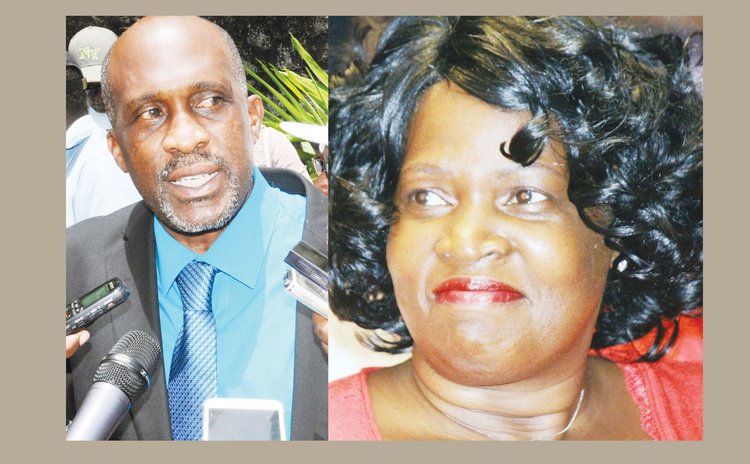 Bazil vs Benjamin in Wesley n 2014 was a unique political battle; for the upcoming election it will be déjà vu for voters in that north eastern farming community: it may be another battle between Benjamin and Bazil.

"I am prepared, I am up to the task," said Bazil last week. "From all indications they the people of Wesley, Woodford Hill and Palm Tree are satisfied with my representation and have since asked me to continue to represent them on a UWP ticket for which I have accepted."

And as in 2014, the selection of the candidate to represent the Dominica Labour Party (DLP) is threatening to divide DLP support there for the upcoming election.

In 2014, the DLP constituency branch headed by Cleveland Dodds openly objected to Athenia Benjamin as the DLP candidate; their choice was Cuban trained accountant Fidel Grant.

According to a well-placed source, the constituency is having the same issues that "we had in 2014." The source, a DLP insider from the constituency who requested anonymity because he was not authorized to speak on the matter said: "The people remain adamant that they do not want Athenia and is Fidel Grant they want as the DLP candidate."

When contacted Grant refused to comment on the matter while several calls and messages to the phone of Athenia Benjamin was unanswered.

But Bazil boasts that the name of his opponent does not matter: he will win again.

"I have done my best under the circumstance having not received any assistance from the sitting government. They don't reply to correspondence which I think is rude," he said. "The people of that constituency will elect me like they did in 2014, the best man for the job and that will be me. I don't consume myself with worrying who my opponent is going to be.

"Anyone who comes is going to try to unseat me and that is not going to happen. I understand the constituency and the needs of the people and my focus is ensuring that they have a better life but whoever the Dominica Labour Party (DLP) sends is okay with me," Bazil said.

The once-powerful Dominica Freedom Party (DFP) has stated that it expects to contest all 21 seats at the next General Elections constitutionally due in 2019. The DFP has named six candidates for election 2019 but it has not yet identified its candidate for the Wesley constituency.