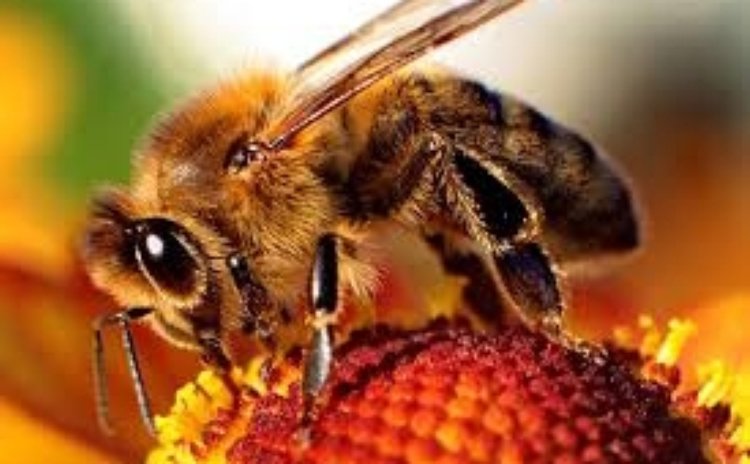 Al-Sayeh, whose family originally works in beekeeping business, has turned two rooms of her house into "clinics" to treat patients free of charge with the stings of live bees, a practice known as apitherapy.

With a master degree in apitherapy, the doctor in her late thirties said that she started the treatment some 15 years ago as the first practitioner of apitherapy in Egypt.

Though denounced by many researchers for lacking sound medical evidences, apitherapy, which can date back to ancient Egypt, is a form of alternative treatment that has spread in recent decades to many countries.

Ibrahim, al-Sayeh's younger brother who learned the skill from her, was taking care of male patients in a two-room clinic at the ground floor, while a smaller room on the first floor was packed with women waiting for treatment by al-Sayeh herself.

"I have a good reputation...Many cases have been fully cured thanks to bee stings," she said proudly, adding that she is the only one across the country who does not charge for the treatment.

"I had been suffering from rheumatoid for six years. The situation didn't improve until I tried this kind of treatment two months ago," Mohammed Mustafa, an engineer, said as he waited in the overcrowded room.

He said that other doctors only gave him painkillers that temporarily eased the pain.

Um Hussien, a 70-year-old lady who suffers from back pains said that half of her problem is already solved after being treated for three months.

"A drowning person clutches to a straw...pain was there all the time, but now appears only when I exert extra efforts," she said as she held her son's arm while moving out of the clinic.

It might take a long time to be totally cured of grave diseases like heart strokes and kidney problems, Al-Sayeh said, but other minor diseases like skin problems take a shorter time.

Selling honey products to support the clinic, she said that honey, pollen, bee bread, royal jelly and bee poison are also used for treatment, "but bee sting is always the most effective."