Been there, done that-the issue of recycling farmer consultation 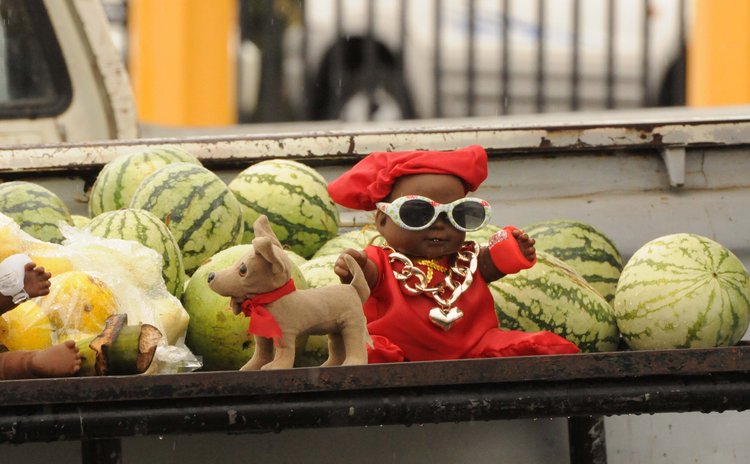 On the watermelon cart at the Roseau market

Last week, on 16 March 2022, the Ministry of Blue and Green Economy, Agriculture, and Food Security conducted an "Agriculture Value Chain Stakeholders Consultation" that appears to be a classic example of recycling problems for which there have been obvious decades-long stated solutions.

Recall that in the eighties the late Charles Maynard who was the minister of agriculture in the Dame Eugenia Charles administration instituted what he called "meet-the-farmers-tours" to allow him and his administration to get a quick grasp of the problems facing farmers all over Dominica.

Maynard and his technicians, headed by Collin Bully, the Chief Technical Officer, would meet farmers on their farms in the mornings and in the evenings hold heated town-hall discussions with farmers and other stakeholders on the issues affecting the sector.

The problems that Maynard heard in the eighties from farmers from all over Dominica are the same that Fidel Grant, the current minister of agriculture, heard last week: inadequate and poor feeder roads; severe marketing constraints; underproduction and low productivity of farms; the high cost of inputs and livestock feed; the need for farm irrigation; rampant praedial larceny; diseases and pests; extension service lapses and the commercialization of farming, among others. It has been more than 40 years, and the problems are unchanged. What amazing progress!

But allow us to digress here to ask the government's planners: why are you deliberately confusing farmers with exotic names and titles such as "Ministry of Blue and Green Economy, Agriculture, and Food Security" and "Agriculture Value Chain Stakeholders Consultation"?

As we said in an earlier editorial the government of Dominica has to put its money where its mouth is. If you listened carefully to minister Grant last week you got a distinct impression that the agriculture sector is as healthy as a well-fed and contented calf. Nothing that Mr. Grant said in terms of progress in the agricultural sector can be further than the truth; his statements are another attempt at calling mud, gold; that black is white, and down is up.

For example, Grant boasted at the consultation last week, that his government had invested EC$130 million in agriculture over the past five years- that's an average of EC$30 million per year and that is after the near-complete devastation of agriculture by category five Hurricane Maria in 2017. Is EC$30 million nearly enough for a sector that, according to Grant, has been a "key sector" one that has been given "priority" by the Dominica Labour Party government?

Recall that a number of influential persons in Dominica's government have stated publicly that the continuing decline of agriculture confirms their view that the sector is not viable and Government should review its policy of shoving scarce resources down that seemingly bottomless pit. But it is obvious that these are fallacious arguments since the rural areas -the villages, hamlets, and farmsteads –are dying along with the banana industry, and as agriculture's contribution to real GDP has steadily declined.

We reiterate that agriculture in Dominica will not be viable unless government removes the constraints affecting the sector. Some of these include the unavailability and high cost of modern technology; inadequate research and development; inefficient land use; deficient and uncoordinated risk management measures; inadequate transportation systems; weak and sometimes non-existent linkages; non-integration of information and intelligence systems; large numbers of small, subsistence farmers; high costs of inputs; lack of skilled and unskilled human resources and widespread theft.

We will continue to argue that Government must resolve these limitations and must give more than token support to agriculture because that sector has the potential to ensure food security, reduce unemployment, alleviate poverty and reduce migration from towns and cities or overseas.

As we have noted, the agricultural sector in Dominica has not even begun scratching the surface in terms of the use of science and technology to help boost the production of food for local consumption and for export.

Moreover, we have adopted an absurd reverse strategy by shutting down our research and development systems in agriculture: WINBAN has closed and CARDI is a shadow of its form selves. What product is able to survive and prosper in this competitive world without adequate investments in research, development, marketing, education, and promotion? Just ask the people at FLOW and DIGICEL.

So as the war in Ukraine rages on and the COVID-19 pandemic lingers, this is the worst of times for agriculture and food production in Dominica. But it is also the best of times because it could be the beginning of an opportunity for farmers to receive some fair return for their labour. But we have to get back to the basics of managing and developing the farming sector because to paraphrase an FAO-WFD theme of a few years ago, climate and the geopolitical environment is changing and so farming and agriculture must change too.