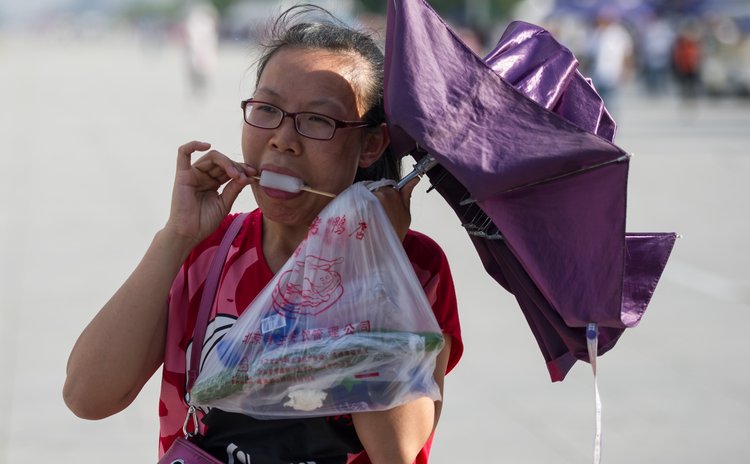 BEIJING, May 29 (Xinhua/Sun) -- Temperatures in Beijing on Thursday hit a record high of around 40 degrees Celsius, the highest since 1951, said the capital's meteorological authorities. Beijing Municipal Warning Center upgraded its temperature warning to red at 1:00 p.m. Thursday. The red warning calls for power suppliers and fire departments to be on the alert, outdoor work and activities to be ceased and classes to be suspended at kindergartens, primary and high schools. The temperature on Thursday exceeded the high of 38.3 degrees Celsius on the same date in May 1951, said a notice released by Beijing Meteorological Bureau on Thursday noon, forecasting that temperatures of over 42 degrees Celsius are expected in some parts of the city on Thursday afternoon. The Beijing heatwave is expected to continue through the weekend. China has a four-tier color-coded weather warning system, with red representing the most severe, followed by orange, yellow and blue