Bernard Wiltshire – we are polluting our highways with light 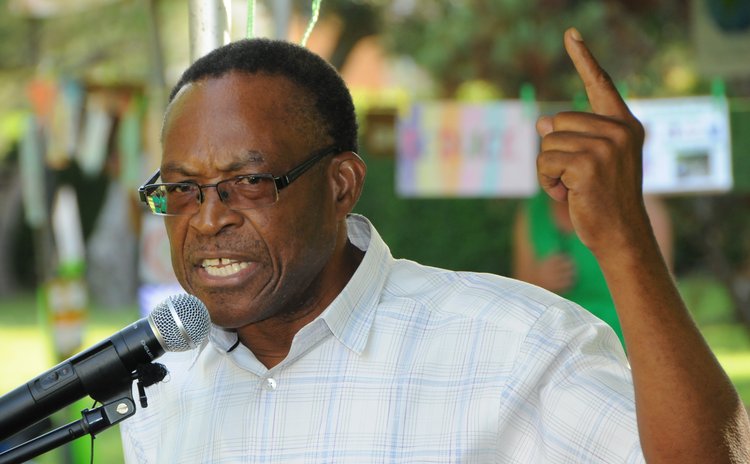 Bernard Wiltshire speaks at the Dominica Climate Change Day of Action at the Botanic Gardens, Roseau on Saturday November 28, 2015

With a $2 million grant from China, the Government of Dominica is to light up the E.O. LeBlanc and Dr. N.J.O Liverpool highways.

The government plans to erect 360 lights on the E.O. Leblanc Highway (from Roseau to Portsmouth) and 240 on the Dr. Liverpool Highway, to the Douglas-Charles Airport. China has given Dominica 2,500 solar lights to light up Dominica.

"I know that the result in improvement of lighting along our highways will go a long way in bringing greater comfort to you, the road users in Dominica," Blanchard said. But environmentalist Bernard Wiltshire believes that lighting the highways is in direct conflict We present Wiltshire's view on the issue below:

"It would not be in keeping with the "Nature isle" image that we have been trying to project all these years to the rest of the world to artificially light up the deepest wilderness areas of the island by lighting up the entire length of our major highways. That would be to blur the distinction between the urban and the rural and to make Dominica less attractive as an eco-tourism destination. Careless communities can often forget that light pollution is every bit as unpleasant and harmful as any other kind of pollution such as noise, smell, smoke or industrial waste, and when you fill your wilderness spaces with unnecessary artificial lighting you are doing no more than polluting it with light. The darkness of the night is as necessary and as beautiful as the light of the day. Each has its place and usefulness in the scheme of nature.

"Because that is what would happen if the government continues to put street lights along our major country highways. I recently drove to Portsmouth and noticed that the foundations were already laid to light up the whole of the E O Leblanc highway. The effect that would have can already be seen in the intrusive imposition on ones view of the unrelieved line of white metal lamp posts that amount to an ugly scarification of the wilderness landscape.

"In answer to my protest an official of the Public Works Ministry claimed that this was "development". But that is more like over- development of the sort that drives millions of people from the so- called "developed" countries in search of the simplicity that more natural environments provide and which is why overseas visitors would want to come to a place like Dominica in the first place.

"This sort of street lights should be restricted to populated areas such as our village and urban communities, many of which still need more of them or to specially dangerous parts of the highways where safety considerations make it absolutely necessary. Otherwise general safety measures on the highways should be provided by adequate florescent markings along the edges and centre of the highways, by railings and proper signage etc that don't have the disadvantage of compromising the landscape of the night or of reducing the special effect of the light imparted by stars and the moon.

"Nor should we do anything which out of our limited knowledge can adversely affect the natural rhythm of the flora and fauna that have become adapted to the natural alternation of day and night. The night has its place as the day has and unless there is an imperative need to do otherwise we should respect the natural ecological order of things.

"The bottom line is how can we live more in harmony with nature in such a way that we can increase the attractiveness of our wonderful island to those who are searching for relief from the overdevelopment of the so - called "developed" parts of the world and help strengthen our economy so that all - and I mean all - our people can can eat. This will not happen by trying to imitate the very overdevelopment from which many visitors to our shores are fleeing.

"The government needs to think again on this one".