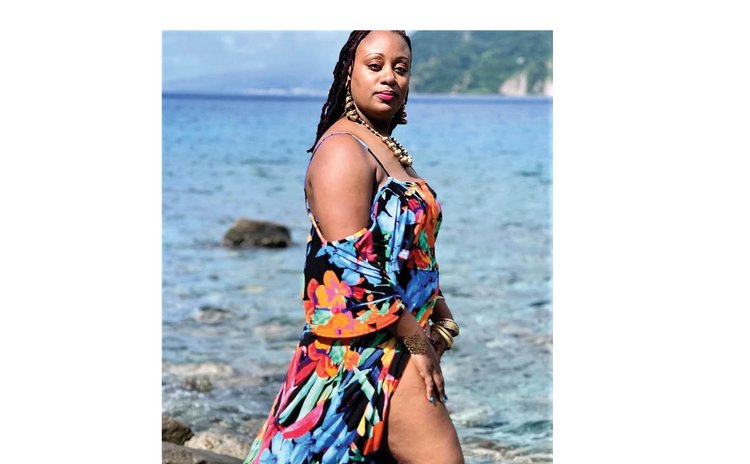 Without a doubt, hands down, Carlene XP, the Bouyon Queen is the Artiste-of-the Year not only because of her non-stop performances at exclusive venues all over the island or her studio productions but more so her innovativeness during the COVID-19 pandemic using social media platforms to reach hundreds at home and overseas. Her 'Xpilicious' music campaigns found satisfaction with a broad section of fans, bringing joy, comfort and entertainment whether you are local, taking a whine on a 'stranger' or 'foreigner'. She also took the opportunity to serve as host by exposing other artists every time she performed. Of course she has the advantage of a studio at her disposal and the musical expertise of her supportive husband on the other side of the C- Squared duo.

Meanwhile, while Carlene is the Artiste of the Year overall, Sheldon "Shelly" Alfred is the Male Recording Artiste with mega hits as "Local" "Blessing" and "Happy Place". The latter is the best written local song of the year and Shelly, to my mind, is proving to be the most potent Bouyon lyricist in Dominica since Nigel Nayee Jno Baptiste. A Harvard major in architectural designs he also sees himself as a musical designer of sorts. This educational background is obviously allowing him to pen quality composition which is changing the face of Bouyon from the fast carnival like frenzy to a more groovy one suited for a variety of occasions and moods.

Most Outstanding Musician this year is Maxian Smith whose exploits were spotted right here on the Nature Island and subsequently won a contract to play in Martinique despite the COVID-19 virus situation. Maxian is leader of the fabulous Smith Brothers who has chosen another dimension of musical expression dominated by Pop groove and coloured with Jazz and traditional overtones. "That girl" is a masterpiece and as if this was not enough their latest hit single 'Meant to be' where Maxian shares the vocal spotlight with the youngest member of the four brother group, has lived up to expectations.

Well, if Shelly is number one male act then Abiyah Yisrael, formerly Nichole Christian is the Best Female Artiste only to be rivalled by Charlene XP, my choice for overall artiste for the year. Abiyah with her husband serving as producer, musician, and arranger has produced over a dozen Reggae tracks this year and have been noted and included in a few Reggae collections regionally. There have been so many Corona (Father Brakes being my favorite) songs composed this year and Abiyah adds her own voice to that list with this year's best Reggae composition "Plan demic". However, this artiste mostly relies on social media and carefully targeted promotions, so she is not often seen at live shows, though secular fans noted her unique voice and talent in this year's Calypso competition.

Marie Affana Pascale the Dominican-Cameroonian 'cousin,' is the Best New Artiste for the year and incidentally has the number two song of the year 'Bucket-list." "Baby oh" which was produced last year was the only other which rivalled Carlene XP's "Stranger' as the biggest local song of the year. Marie is not only a recording and performing artist, she has also assumed the leadership as the director of the renown Sisserou Singers which was recently led by Pearle Christian.

Triple Kay remains the Band of the Year; in fact, they were the first to respond via social media to reach their multitude of fans and one of the few groups who found creative ways not only by keeping fans entertained but have proven to be good corporate citizens who reciprocate by giving back.

Promoter 'Doctor' Miguel Labadie remains event organizer even in this COVID-19 environment his efforts were noted. Leroy Wadix Charles promotor extra-ordinaire whether it is with elevating Creole on his Saturday show or promoting products with his telecoms company or Val Ferry, he stands head and shoulder above anyone else.

Since there were not many live events this year one must single out "Ocean's Edge" and "Classified" nightclubs' for keeping live entertainment alive. The former kept staging two weekly engagements for a couple months where internationally renowned Dominican guitarist Cameron Pierre was a feature every Wednesday accompanied by a musical trio.

Tasha P's "Treadmill" for its international appeal and airplay after the season is the Kaiso for the year while Father Brakes "Watch Out for the Virus" because of its timeliness and instructive necessity in this pandemic environment, became the most popular.

It may be instructive for fans reading this article to again be informed of the template I apply in making the above determination is based on quality lyrics, musicianship and vocal execution is given greater credence than mere popularity. For instance, "On the House" by Signal, Bouyon Band of the Year, might have been most popular for its entertainment and party value but can't stand up to say "Happy Place" based on the criterion applied.