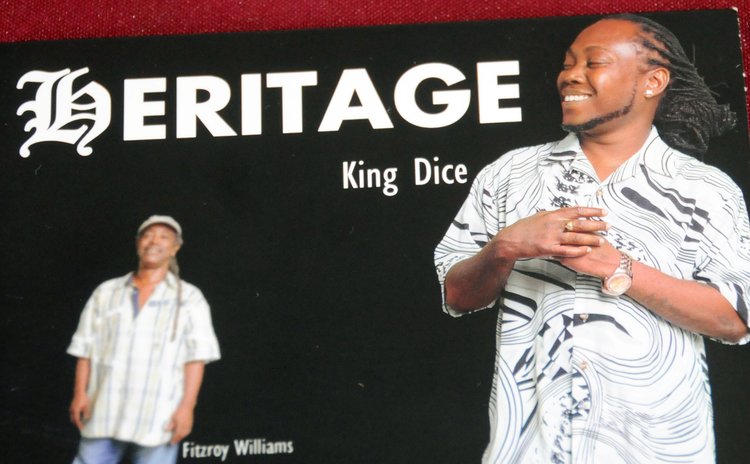 As we end the year we again look back at some of the movers and shakers and so this time around I have voted Colton T "Ice-cream Man" as song of the year. This song stayed at number 1 for two weeks on the RE TV Countdown and has been a favourite with many youth. The video is also of a high quality. Meanwhile, Acer Bantan surpasses all as the Performer of the Year. In fact there were very few major events that he did not feature.

As all round artists for this year, I have no choice but, for the second time, identify Michael Ferrol, one of this years' Independence honouree, for his versatility in the arts whether it is dance, drumming, singing or acting.

Meanwhile, the #1 Calypso of the year is Skinny's "Rum and de Party" for its appeal and marketability added to the fact that it was the most aired, even after the season, and the only calypso which graduated into a music video.

Jerry Lloyd's concert of a few weeks ago is, to my mind, the best solo act for the year, for secular or gospel, for his professionalism and delivery on stage.

Arundel Thomas' poem "If Dominica could talk" continues not just to ride the airwaves of Q95 but away from the politics; it is a genuine masterpiece which captures vividly many of Dominicans concerns and aspirations. Therefore, he is Poet of the Year; all respects are due to the most notably up-and-coming writers such as Giselle Pierre Toussaint in the playwriting (Tale of Slavery) category and former Carnival Queen Leandra Lander whose writing in song and poetry captured two 1st prizes this year.

The Best Play this year was directed by Alwin Bully and starred Jay Grimner, this year's Leading Male Actor for his convincing roles as the plantation owner in Gizelle Pierre Toussaint's "A tale of Slavery" and "Hannibal" in the 'Tempest'. Meanwhile, Curtis Clarendon is Best Supporting Actor while the best female actress continues to be Donille Blackmore of the New Dimension's Theatre.

Ferdina Frampton's Monday nights talk show on QFM titled "In the spotlight" introduced only a few months ago, has actually captivated listeners for its content, in-depth questions and interesting personalities, and deserves the rating of number one; it is indeed a breath of fresh air away from the politics. Tiyani Behanzin's 'Law on Q' comes in a close second.

Leroy "Wadix" Charles undoubtedly is the promoter and marketing guru of the year; apart from his inspirational advertisements, he has successfully marketed many events no less than the World Creole Music Festival which he championed this year. Miguel Labadie must also be given special recognition for his efforts with Mirror Entertainment, for the various shows he has been able to coordinate.

Speaking of advertising and promotions, it does not get better than the innovativeness of Nally Bertrand Adrenaline Ads, who are really in a category of their own.

Collywood TV, though short-lived, provided some much-needed local entertainment to our living rooms and one waits on the day when Dominicans will sit back and look at their own soap operas. Krazy Kokonuts continues to be the number one entertainment spot in Dominica having hosted several local and regional entertainment activities. Macao Entertainment is an added feature which keeps the establishment bubbling as the pulse of entertainment.

Best chorale group and most professional group on island is without doubt the Sixth Form Sisserou Singers under the directorship and tutelage of Pearle 'Aunty Pearle' Christian.

Album of the year is 'Heritage' featuring the work of music icon Fitzroy Williams and King Dice in the vocal spotlight. Incidentally, Dice is vocalist of the year for his splendid work on this release particularly on the tribute to Jeff Joseph, a song which is second only to "Ice Cream man" with Halibut's "Long Tongue" as the top three releases.

Fitzroy Williams, Cornel Phillip, Jerry Moulon and Fred Nicholas is a quartet which has to be acknowledged as leading instrumentalists on island whether it is Jazz, Reggae or Cadencelypso. Jussi Paalovi saxophonist extraordinaire, is the best horn player in 2013. He features prominently on the Fitzroy / Dice compilation and also its official launch with a stellar performance by Gordon Henderson...incredible!

Meanwhile, Peter Letang and 'Dada' Lawrence are the most prolific recording engineers on island in Calypso and Bouyon music respectively, while Pat Aaron still dominates with the pen. Nayee, who ventured into a solo career this year, has the best music video, "Darling", for quality and scripting content.

The future looks good with Giselle Pierre Toussaint, Jodie Johnson, Janae Jackson and trumpeter Jarret Jean Jacques who are all under 16 and have all received distinctions at music exams or performed as such, throughout the year in music, playwriting and as vocalists.

I dedicate this article to two of Dominica's all-time best in their fields: Raymond Lawrence and Ted "The Bosom Buddy" Daley.

Remember, you may not always agree with me, but I am sure that the above mentioned, in one way or another, really were highlights in local entertainment in 2013.