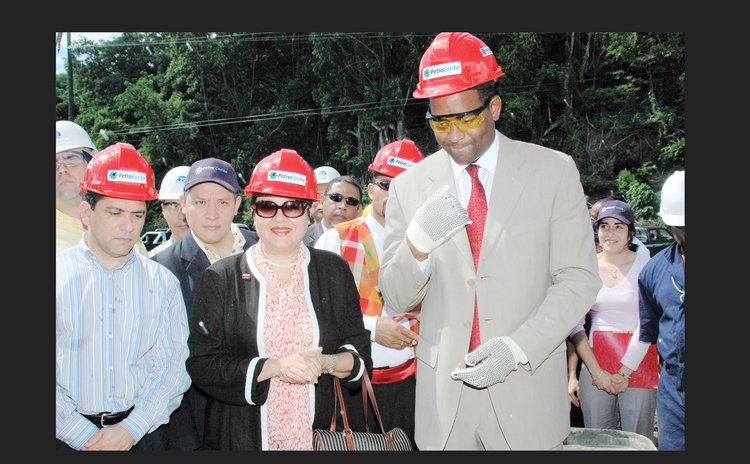 Despite the skyrocketing gas prices, Dominica and other Caribbean states are unlikely to get a new oil deal from Venezuela

In discussing the possible impact of the Russian invasion of Ukraine on Dominica's economy, Mark Marie, a local economist, suggested that the United States could consider invading Venezuela, which has some of the largest oil reserves in the world.

"Given the price of oil is going up, the war in Ukraine might prompt the Americans to attempt to seize the oil fields in Venezuela," Marie told The Sun soon after the invasion. "If it [the war] goes on for quite a while that might give them an excuse to invade Venezuela to seize the oil."

However, faced with a shortfall of approximately 670,000 barrels a day of oil and oil products after imposing a series of sanctions on Russia following the invasion, and with prices at the pump rising sharply, causing much concern among consumers, the Americans instead chose to extend an olive branch to Nicolas Maduro, the Venezuelan president.

Washington currently has a ban on the importation of Venezuelan oil, imposed three years ago to punish Maduro after he won reelection in a vote the Americans said was fraudulent. Also, the US still has a US$15 million bounty on the Venezuelan leader's head after accusing him of narco-terrorism and drug trafficking.

Ending the sanction could lower petrol prices for the Americans, but it would restore Venezuela's position as an important global oil producer, and open the door for Caracas to re-establish itself as a key supplier to the Caribbean as it did with PetroCaribe, suggested industry experts.

"This conflict does present an opportunity for Venezuela to play a bigger role in the whole supply side of the equation," according to Gregory Maguire, an energy economist and former executive at Trinidad's national oil company. "But that really depends a lot on what happens in the discussions with the US and whether or not the US will now see it fit to lift the sanctions."

Venezuela had been a major oil exporter to the Caribbean, including Dominica, particularly after then president, Hugo Chavez, launched PetroCaribe in 2005. PetroCaribe's primary objective was to contribute to the energy security, the social and economic development and the integration of the signatory countries through the sovereign use of energy resources based entirely on the principles for integration referred to as the Bolivarian Alternative for Americas, known as ALBA.

As part of the programme, the Caribbean countries were required to pay 40 per cent of their oil bill within 90 days of purchase, with the remainder to be paid over 25 years at a fixed interest rate of one per cent as long as oil prices exceeded US$100 per barrel. Seventy per cent of payments could be deferred if oil reached US$150 a barrel.

On 29 June, 2005, Roosevelt Skerrit, the Dominican prime minister, and Chavez signed an agreement establishing PDV Caribe Dominica Ltd, which began operation in Jimmit in 2007 with the opening of the Waitikubuli fuel and distribution plant, which serviced mainly the Dominica Electricity Services Limited with diesel. In addition, the plant was also equipped to store and distribute gasoline, jet fuel and liquid petroleum gas, more commonly known as cooking gas.

By 2018, the programme had all but collapsed due to a combination of a steep drop in the price of oil on the global market from over US$140 per barrel to US$40, aging infrastructure and the US sanctions, all of which crippled Venezuela's oil output.

Today, the oil tankers which decorated the Dominican shores are nothing but a memory and the development financing has dried up. However, despite the skyrocketing prices Dominica and other Caribbean states are unlikely to get a new oil deal from Maduro, contended Thompson Fontaine, the former IMF economist who now advises the government of South Sudan.

"I don't expect a PetroCaribe-type programme given the reduced levels of production and also given that the political dynamics have changed a little," Fontaine told The Sun. "And in any case, if Venezuela is going to ramp up production now it will most likely be looking to regain some ground and export everything to the US because the US is going to need all of that petrol that it stopped taking from them. So, I see Maduro really just focusing heavily on the US and not being so focused on the Caribbean islands."

According to Fontaine, Maduro may not be as forgiving to those who virtually turned their backs on him during the period of intense pressure from Washington, including reported attempts at kidnapping him.

In any event, said Athie Martin, one of the country's most outspoken environmentalists, Dominica and its Caribbean neighbours would be better off weaning themselves off fossil fuels and transitioning to renewable energy.

In the immediate term, the authorities here should look to Trinidad to provide natural gas while developing wind, solar and hydro energy to help insulate the country from the vagaries of the oil producers.

"To me, it would be an error, it would be short-sighted to simply look at Venezuela as an alternative source of oil. What we need to do is to move away from that," Martin told The Sun. "What it does, it reduces our susceptibility and our vulnerability to international global influence."