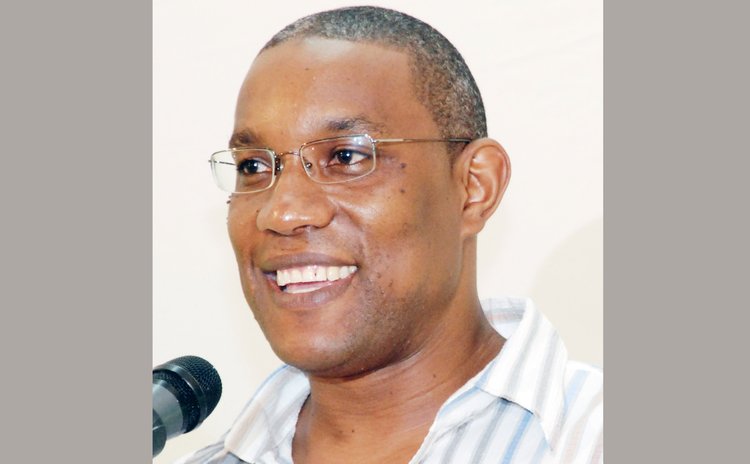 Dr. Philbert Aaron, the former secretary-general of the ruling Dominica Labour Party (DLP) says electoral reform will not help the opposition gain power and he continues the perennial DLP strategy of demonising Lennox Linton, the leader of the opposition.

"In the Commonwealth of Dominica, the parliamentary Opposition United Workers Party (UWP) eagerly awaits recommendations from legal consultant Sir Dennis Byron on electoral reform, hoping it lands Leader Lennox Linton in the Prime Minister's (PM) chair and puts incumbent PM Roosevelt Skerrit out", Dr. Aaron said on LinkedIn last week. "My research tells me that they are about to be disappointed—that they have relied too heavily on electoral reform to do too much".

Dr. Aaron continued: "In Dominica, much like the rest of the Eastern Caribbean, politics, specifically, at the top of the ticket goes like this; four sets of factors work together like a Rubik's Cube puzzle to elect a PM. Electoral reform changes only one factor, not even a whole set of factors. Therefore, for a political party to stake its political fortunes on electoral reform is like rearranging the chairs on the deck of the Titanic and hoping that it does not sink".

In February 2021, Dominica contracted retired prominent jurist Sir Dennis Byron to look into the issue of electoral reform and prime minister Roosevelt Skerrit said his government would implement Sir Byron's recommendation. But after several delays, Sir Byron's report has not been made public if in fact it has been presented to the Skerrit administration.

As the Sun reported in 2021 the formation of the Sir Byron Commission is preceded by " thousands of words from all opposition political parties, the Joint CARICOM- Commonwealth- OAS Special Mission to Dominica of August 6-9, 2019; the many unimplemented decisions of the Gerald Burton Electoral Commission; the Mia Mottley report; the Commonwealth Observer Mission; the Organisation of American States (OAS) Electoral Observer Mission of 2014; the Electoral Reform Effort Group, which comprised of Church, Business, Trade Unions and Civil Society leaders, among many others.

The main opposition party, the United Workers Party (UWP) said many years ago that it demands: a total re-registration of all eligible voters; voter identification cards; enforcement of the provisions in electoral laws against bribery, treating, personation etc.; lawful facilitation of registered, eligible voters living overseas to vote in general elections in Dominica; media access for the Opposition on State-operated or State-controlled media and campaign finance reform.

But as far as Dr. Aaron is concerned, electoral reform will not gain the UWP anything because there are factors, such as the personality of the UWP leader, that determines the party that wins an election.

"If your brand is being bouwe,' Creole for sour, even with electoral reform, you are unlikely to be elected PM," Dr. Aaron opined.

"The second set of factors that help elect a PM relate to the job to be done. That changes with time. In times of insecurity, a soldier like 'Colonel' Patrick John is preferred. When the biggest problem to solve is banana, an expert in banana-like Edison James is elected. Otherwise, electoral reform is of little help to you.

"The third set of factors relates to the election system. The system is more than the election code. For example, the black and Kalinago working-class dominate political power in Dominica. Without their support, you will not get elected PM. Electoral reform is unlikely to change that.

"The fourth and final set of factors revolve around the jurisdiction, Dominica. When Dominica needed foreign friends in high places to pull it out of a financial crisis, the nation elected Rosie Douglas who once showed his many passports on TV. Electoral reform is unlikely to change these things". Learn to lead

Dr. Aron concluded: "The best reform an Opposition Leader can invest in is personal reform. He should learn to lead, then grow and develop his leadership in the image and likeness of the ruling political elite, aligning his credentials, Party, and program with what the job, election system, and country want and do so like he was working a Rubik's Cube puzzle.

"Anything less is futile"

But others will argue that Dr. Aaron's argument is much like the DLP's has been on the value of electoral reform- if the electoral system isn't broken why fix it.

But other political observers have argued that there's no way any political party, including the UWP, can win an election in Dominica with this currently extremely uneven playing field where the ruling party blatantly abuses incumbency; spends hundreds of millions of dollars, more than the combined opposition, on election campaigns and where there are no required identification cards for voting.

In other words, Dr. Aaron must know that whatever the personality traits of leaders of the opposition parties, Dominica deserves free and fair elections, only attainable with comprehensive electoral reform.

Anything less is, indeed, futile.