Beyond Remittances and Tourism: What Future for the Caribbean Economy 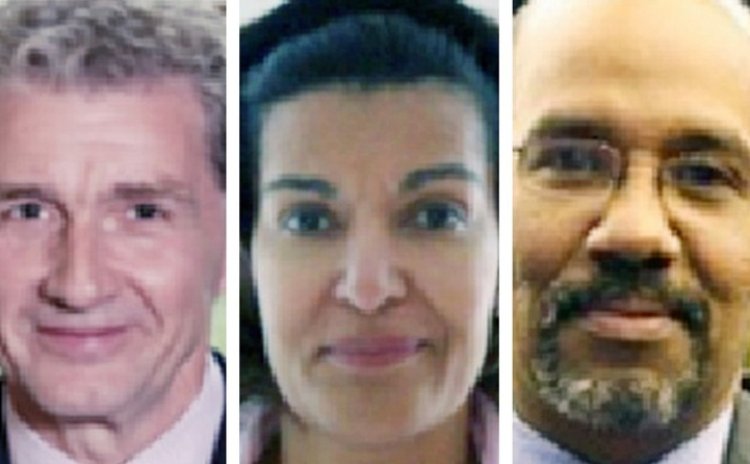 The British Foundation for The University of the West Indies (BFUWI) in collaboration with the Institute of the Americas, University College London, will host its second Dr Eric Williams Panel Discussion, 'Beyond Remittances and Tourism: What Future for the Caribbean Economy" in London on December 5, 2013.

Professor Victor Bulmer-Thomas, Emeritus Professor of Economics - University of London; Dr Vindelyn Smith-Hillman, Jamaican Economist, Economic Adviser- Law Commission and Alan Smith, Global Head of Risk Strategy & Chief of Staff Global Risk- HSBC Holdings and an UWI Alumnus will discuss actions to be taken bearing in mind that the Caribbean's engine of growth, based on tourism, has run out of steam, debt has piled up and social issues are becoming more debilitating and explosive. In that context, the Caribbean economies must increase exports viability to maintain stability, investment attractiveness and growth.

Prof Bulmer-Thomas states that the Caribbean is the only region in the world where exports of services are more important than exports of goods. "A few countries still have good prospects in mineral exports but, for most, the future lies in non-traditional services exports." Panellists will also consider the role of regional integration and whether the necessary stimulus must be found outside the region. Dr David Rampersad, Director of The UWI's Central Office for Regional and International Affairs (CORIA), noted that an event of this nature is an integral part of the engagement of The UWI and its partners with the wider community and an important example of its public education mandate.

The inaugural Dr Eric Williams debate was held in May this year when the panel, including Sir Ron Sanders and David Jessop, discussed 'New Caribbean oil exploration: high risks, high rewards?' Entry is free to this second panel discussion but attendees must pre-register at https://beyond-remittances-and-tourism.eventbrite.co.uk/.

PANELLISTS Victor Bulmer-Thomas is Emeritus Professor of Economics, University of London, Honorary Professor at the Institute of the Americas, University College London, Senior Distinguished Fellow of the School of Advanced Study at London University and an Associate Fellow in the Americas Programme at Chatham House, where he was Director from 2001 to 2006. He is a Director of the New India Investment Trust and the JP Morgan Brazil Investment Trust. He has several notable publications including The Economic History of the Caribbean since the Napoleonic Wars (2012),The Economic History of Belize from 17th Century to post-Independence (2012)and The Input-Output Analysis for Developing Countries (1982). He is also co-editor of The Cambridge Economic History of Latin America (2006). He has received honours from Brazil, Colombia and the UK.

Dr Vindelyn Smith-Hillman is currently the Economic Advisor at the Law Commission (England) and has advised the Brazilian government on regulatory governance procedure. She is a former tribunal member of the Competition Appeal Tribunal (UK), the body which hears appeals against competition law decisions. She has held academic positions at the Open University and the University of Northampton and also is external examiner for several UK institutions. She is listed as assistant examiner with Cambridge and London Examining Boards and is currently an assessor with the Government Economic Service (UK). She sits on several editorial boards and advisory bodies and has published extensively on regulatory governance issues. Vindelyn is also a former senior economist at the Bank of Jamaica.

Alan Smith is Global Head of Risk Strategy and Chief of Staff, Global Risk, at HSBC Holdings. He has worked for HSBC in a variety of risk, finance and capital management roles for 19 years and is a member of the Global Risk Management Board. He previously worked with KPMG London within the Financial Sector Advisory Practice. He is a Fellow of the Institute of Chartered Accountants and England and Wales and has an MBA in Finance from the Cass Business School, which he attended on a Commonwealth Scholarship. Alan is a graduate of the University of the West Indies, where he completed his BSc. degree in Accountancy. Alan is also a Fellow of the Royal Society of Arts.