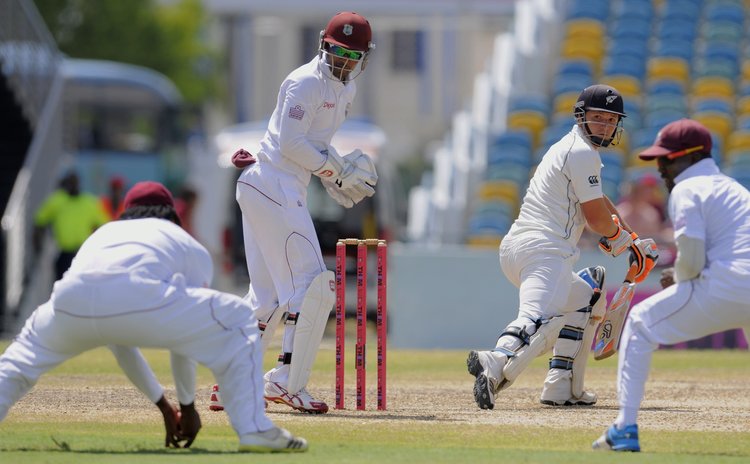 The left-arm spinner thrilled the local fans who came out to witness the decisive third and final Test match of the series at the historic venue. He bowled superbly to pick up his fourth career five-wicket haul. He was well backed up by pacer Kemar Roach, who took four wickets as New Zealand were bowled out for 293.

West Indies will resume on Friday at 32-0, with Chris Gayle on 18 and Kraigg Brathwaite on 11.

"I have a very good rhythm and the ball is coming out well. I would say I bowled 'OK' today, I won't say I was at my very best but I'm happy with the five wickets and the position we are in. To bowl out a team for under 300 after they won the toss and decided to bat, as a team, we would take that any day," Benn said after the day's play.

"I have worked hard throughout the series and if results come through my hard work I will take that. They scored a lot of runs but we bowled wicket-taking balls so overall we are quite satisfied with the position."

The pair combined to trigger a collapse in the post-lunch session, as New Zealand slipped from 95-2.

"Kensington Oval always offers bounce for spinners. Once you get the ball in the right areas that will help you as well, so I wanted to make sure I bowled with control, maintained the pressure," Benn added.

"We are going well with the bat so far, so tomorrow we have to come back and assess the situation and look to maintain the advantage