That's how oppositions parties rate DLP's one year in office 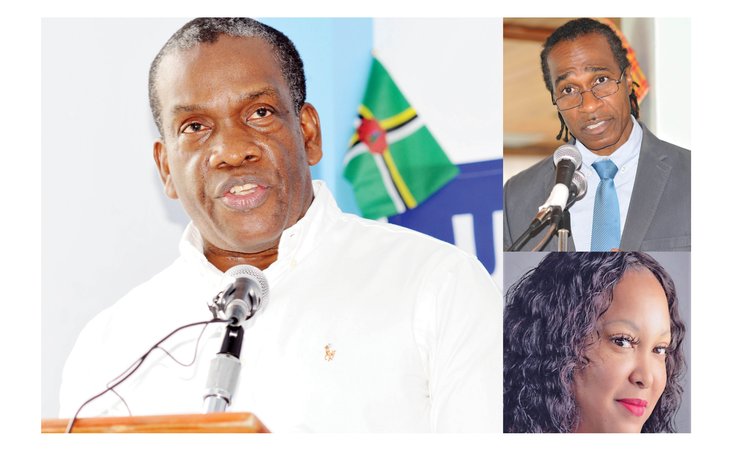 One year following the December 6, 2019, general election, the Roosevelt Skerrit led administration is singing praises for what they consider to be a job well done.

In its report of its first year in office after the December general election, the Skerrit Dominica Labour Party (DLP), enjoying an unprecedented five continuous five-year terms as the government of Dominica, says it has been continuing its planning for building the international airport "dream project"; it has successfully battled the new coronavirus, and it continues its "vigourous" national housing programme.

However, the opposition parties' rating of the Dominica Labour Party (DLP) performance seems to differ from that of Skerrit and his supporters. They have unanimously labeled the present regime a selected and hybrid government.

He said the administration continues to undermine democracy and good governance while at the same time engaging in corruption.

The DFP leader believes that the Government has delayed the pursuit of electoral reform because "that is not what they want even though they pretend when the spotlight is on the matter."

Vital added that the Labour Party administration continues to misappropriate public resources in many ways such as illegally not placing some of the Citizenship by Investment (CBI) resources into the Consolidated Fund and not properly accounting for CBI funds placed in accounts outside of Dominica under the "so-called" housing option.

"Public sector contracts continue to be assigned without transparency," he said.

The economist also noted that Dominica is approaching six months after the 2020/21 budget presentation and it is clear that many of the major promises have not yet materialized.

Several attempts were made to speak with the leader of the United Workers Party (UWP), Lennox Linton, but these proved futile. However, speaking on the Party's weekly Thursday evening radio programme, Linton said that within the last 12 months, Dominica has increased its national debt in the region of $300 million in several loan assistance programmes, and Dominica will further do so on December 16 when Parliament meets to approve another 27-million-dollar loan.

Linton referred to the youth unemployment crisis here and expressed concerns that the National Employment Programme (NEP) has not been able to deliver more skilled people in the area of carpentry, plumbing, masonry, etc.

"So we have significant construction work in Dominica, health centres being constructed and you see people from other countries working while Dominican keep looking on. And I don't know how you build a country or an economy like this by starving your very people from meaningful opportunities and not training them for those positions which are emerging," Linton said.

During the year, a new political party, the Alternative People's Party (APP) emerged.

The APP said that the DLP had not done much – as a party – during the last twelve months and as the majority party in government, they should be commended for looking after some of their members by placing them in key positions within the governing system as well commissioning a few apartment buildings, and the management of COVID-19.

In one sentence: the regime has prospered on the fortunes of the state while the people who elected them were further marginalized over the past twelve months.

The APP said it is however optimistic: as long as there is life, there is hope.