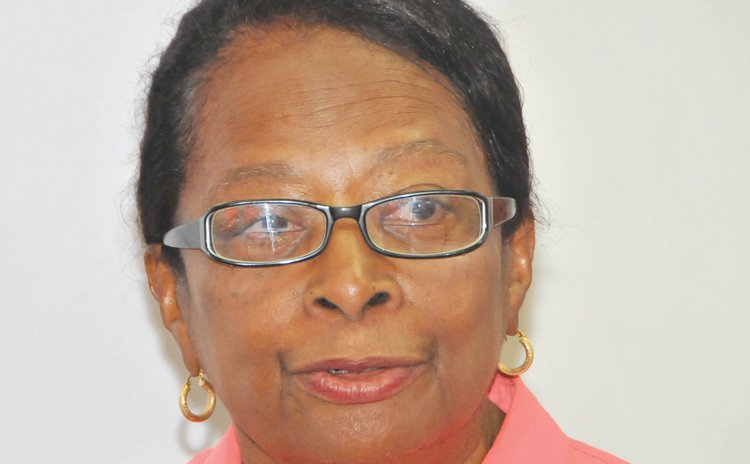 The annual Literary Festival committee has decided to scale down the event to prepare for a grand tenth anniversary celebration in 2017.

Although on a much smaller scale, the Literary Festival held an opening ceremony at The University of the West Indies Open Campus on September 11.

Following the opening, the committee invited interested persons to the Mero Beach for an interactive activity then to a presentation by Dr Lennox Honychurch for high school students on the following day at the Arawak House of Culture.

The Literary Festival is normally held during the Emancipation Celebrations; however, plans were changed and the Festival was moved to September.
Dorothy Leevy, author and committee member said people have been asking why the change of date and also why the change of format.

"We don't want to blame Erika for everything that does not happen but we thought that it would be unfair to tax the limited resources of our merchants, our firms by asking for donations as we do every year," said Leevy.

She stated that initially when the committee thought of the activities for the Festival this year they wrote to the hoteliers and they responded very generous as usual.

Leevy said that the hoteliers were willing to give accommodation to any overseas guests.

"However, we realized that we were not only depending on the accommodation but when we invite overseas guests we pay the airfare and they are also many other associated costs to having the Festival on a grand scale," she said.

She added that the Festival is a free event and in that regard after much thought the committee decided to scale down the event this year.

"But next year, the tenth year of our Festival, we will have it on a grand scale," said Leevy.

He noted that in working on the presentation he found out how many influences impacted both of them although they were 17 years apart.