Destroyed by TS Erika, the Jungle Bay Resort has found a new home 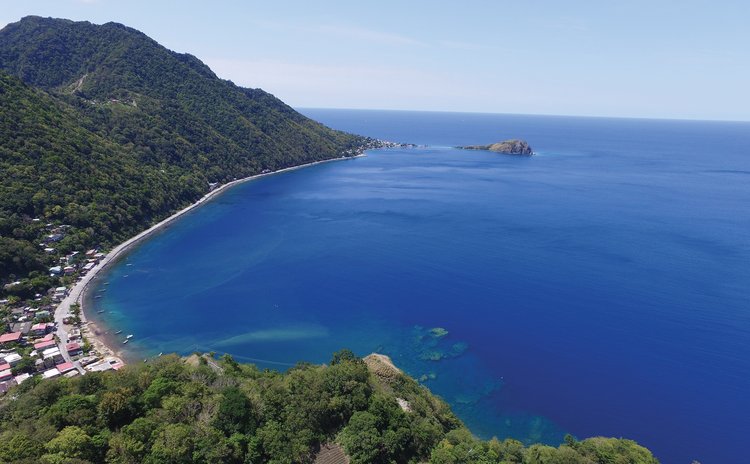 Not even nature at its most violent fury can keep the Jungle at bay. Flattened by last August's Tropical Storm Erika, which cost $1.3 billion in damage, according to government estimates, the multiple award-winning Jungle Bay is coming back bigger and better.

The resort is not there yet, but the journey back has begun, one small step at a time.

"We're getting back on our feet. We're not there yet but we are putting things in place," managing director Sam Raphael told The Sun in a telephone interview from the United States Virgin Islands.

The original resort was located in the woods of the south eastern community of Delices and, according to Raphael, he would have liked to return to the place with which both the business and the guests were already familiar and where the people had embraced the resort. In addition, he said, it was likely to be less costly to rebuild.

However, he was forced to look elsewhere because of the vulnerability and geological sensitivity of the area. And the search has landed him a perfect spot at Morne Acouma overlooking the Soufriere bay.

The former L. Rose & Company estate is nearly 20 acres of pure exhilaration, Raphael suggested, and when the hotel is completed, it will immerse guests in the many attributes – champagne reef, hiking, kayaking - that make the sleepy village of Soufriere attractive.

"They have the ideal package," the hotel boss said. "It's what people when they fantasize about a hidden Caribbean island that is that they dream of."

Raphael could not say how much it would cost to rebuild, explaining that the architects were still working on the plan, but he revealed he was hoping to finance it through the Citizenship by Investment Programme.

"We are working with the government, we don't have an agreement yet but we are [hoping to finalize one soon]."

The new property will be larger and more upscale than the one that was destroyed by TS Erika, even while "much of the feel" of the original Jungle Bay is kept.

It will consist of 60 cottages - which will be called eco-villas because of the upgrade - twice as many as there were at the Delices location, with amenities that include a spa, a swimming pool and activities such as zip lining. And while the resort will stick to its model of purchasing much of its supplies from the village, the new Jungle Bay resort will also have its own garden, Raphael said.

At the old Jungle Bay, most of the employees came from Delices and Petite Savanne, a deliberate policy to take the benefits of tourism to the community. Raphael said many of those workers have found alternative employment but "we are going to give consideration to persons who worked with us before"

However, in the initial stages, it is construction workers who will be in demand and most of the 100 or so needed during the construction stage are expected to come from the Soufriere area.

"We are going to have to do a lot of development work with the community so they can supply the hotel," Raphael told The Sun.

So well had Jungle Bay been doing before TS Erika struck, with "tremendous growth in our visitor traffic" and lots of international accolades, that the owners were considering a sister property in another Caribbean island.

But the storm hit, forcing a change of plans. The managing director said it has taken this long to settle on the new site because the preferred choice would have been the east coast.

Now that the location is settled, Raphael expects no let-up in the level of patronage.

"Our business is already there, we have a track record [with] high standards; we are just shifting the property.

"When it opens, we expect a luxury eco-tourism property . . . We are going to go a little upscale."

The new property will look down at Soufriere Bay, defiant proof that not even a storm named Erika could keep the Jungle at bay.