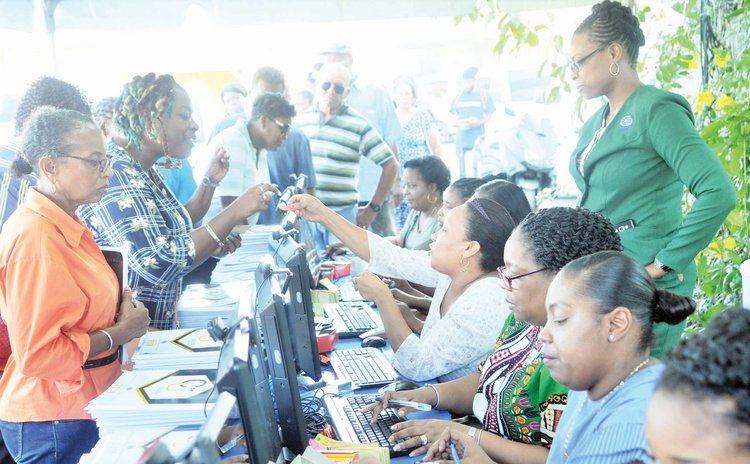 If only Sister Alicia De Tremmerie, a Belgian nun, could see her now! How she has grown so big, so wide, so influential, and so important to everyday life of Dominicans. And she's a little more than a few steps from becoming the number one financial institution in the country.

When Sister Alicia founded the credit union in Roseau in 1952, she started with just 133 members and a share capital of EC$1,891.

Today, 67 years later, the membership of the Roseau credit union has grown by approximately 36,000 percent.

Josephine Dublin, the NCCU president, declared the credit Union has for "yet another year exemplified the true spirit of the Credit Union movement" and that she was "very proud with the remarkable progress made during" 2018, one year after the devastation caused by Hurricane Maria in 2017.

"The Society's strong cash flow position continued in 2018 with a significant increase in the availability of cash for operations. For the year in review, the Savings/Deposits grew by $36,348,246 or 10.81%", said Dublin in the NCCU annual report. "As we approach the Society's tenth year of operations in 2020, we are thankful for the many achievements; the increase in Branches from five to seven since November 1, 2010 and increases in both membership and assets".

In August 2019, the NCCU took one of its most important steps since its formation nine years ago: the formal launching of the NCCU on-line service. Now members can access their accounts and perform transactions at their convenience.

"You asked for it, now it's here! As the National Co- operative Credit Union lives up to its vision of being the premiere financial institution providing services that enhance the quality of life for all its members, it has moved into a new era of operations," Dublin said.