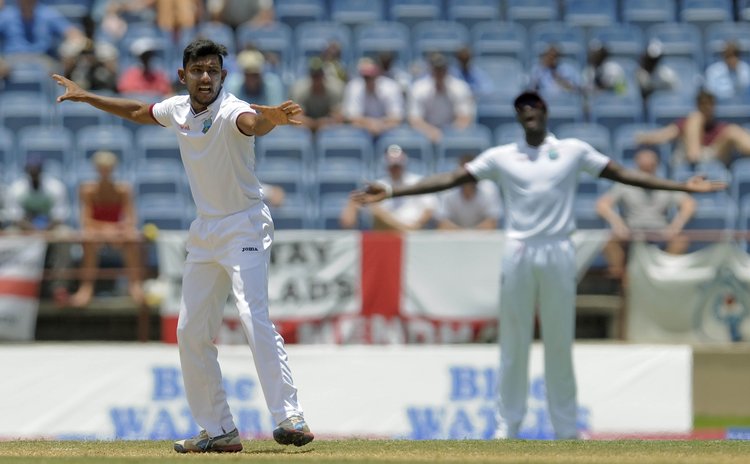 ROSEAU, Dominica – Purposeful bowling from West Indies led by Devendra Bishoo was topped by a debut hundred from Adam Voges that gave Australia an edge in the first Test on Thursday here.

Bishoo, playing his 13th Test, collected 6-80 from 33 overs, becoming only the second Windies leg-spinner to grab 50 Test wickets on the second day of the match at Windsor Park.

But the hosts failed to find a way through Voges, whose resolute, undefeated 130 anchored the Aussies to a first innings total of 318.

West Indies reached 25 for two in their second innings at the close – still 145 in arrears – after losing openers Shai Hope and Kraigg Brathwaite.