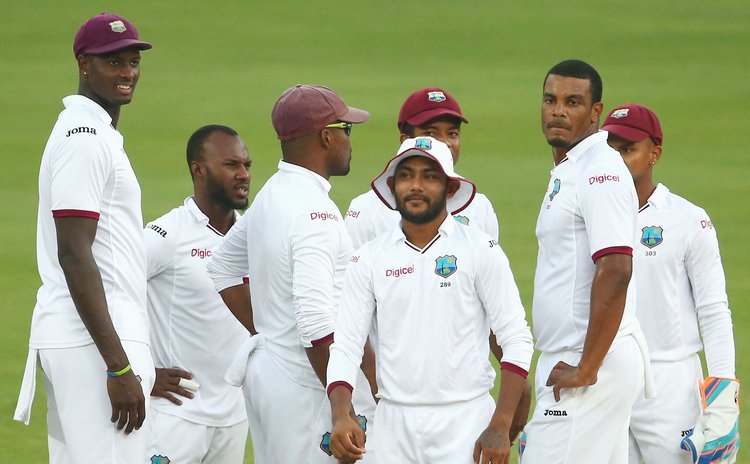 DUBAI, United Arab Emirates – West Indies leg-spinner Devendra Bishoo had the remarkable figures of 8-49 to bowl out Pakistan for 123 in the second innings and give the West Indies a chance of a come-from-behind victory in their first pink ball Test match under lights of the first Test match at Dubai International Cricket Stadium.

Bishoo recorded career-best figures to end the match with 10-174. The 8-49 was his third five-wicket haul beat his previous best of 6-80 against Australia in Dominica in June, 2015.

He now has the best bowling figures in the United Arab Emirates, and the fifth best in West Indies Test history.

West Indies will enter the final day on 95-2 — the not out batsmen are Darren Bravo (26) and Marlon Samuels (4). The visitors need another 251 runs for victory with eight wickets in hand.