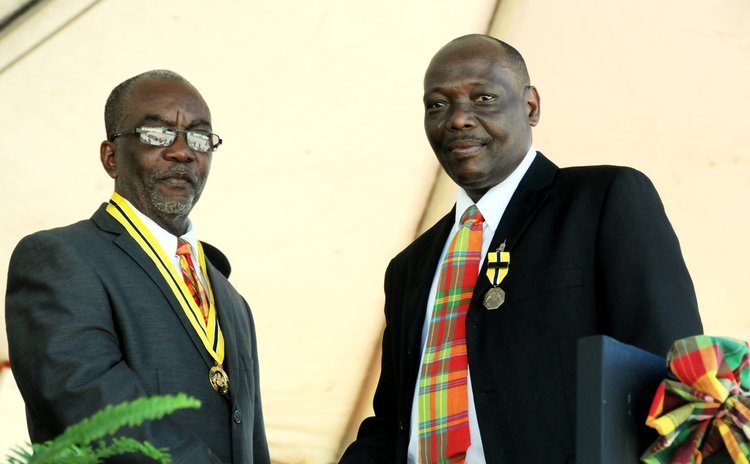 "The Government has declared Monday, September 8, 2014 an official day of mourning as a mark of respect for the late Bishop Michael Bill Daniel, Bishop of the Pentecostal Assemblies of the West Indies Dominica District, President of the Dominica Association of Evangelical Churches and Resident Pastor of the People's Pentecostal Family Church, " Titre said..

"The Dominican Flag shall be flown at half-staff on all public buildings in the State on the day of mourning, Monday, September 8, 2014.

"Bishop Michael Bill Daniel served as Bishop of the Pentecostal Assemblies of the West Indies Dominica District from 2000 to 2014 (14years) and Pastor of the People's Pentecostal Family Church from 2001 to 2014 (13 years). Up to the time of his death he was serving as the President of the Dominica Association of Evangelical Churches. He served as the Pastor of the Cochrane Pentecostal Church for twenty-two years and was the founder if the Shepherd's Care Social Ministry.

"In 2012, Bishop Michael Bill Daniel was awarded the Dominica Meritorious Service Award, Dominica's third highest award, for his service in pastoral ministry. He started preaching at the age of fifteen continuing in ministry for forty-four years. He led the prayer at the Parade of Uniformed Troupes on November 3, for a number of years.

"In the field of sports, Pastor Michael Bill Daniel was a member of the Dominica Cricket Association Disciplinary Committee as well as a cricket commentator. He also served as Secretary Treasurer of the Dominica Softball Cricket Development Committee. "He is survived by his wife Mrs Raphina Daniel, daughters Tamara and Tracy and grandson Kevin.

"Public viewing shall be from 1:30pm at the People's Pentecostal Family Church. The Official Funeral Service will commence at 2:30pm. The late Bishop Michael Bill Daniel will be laid to rest at the Roseau Public Cemetery. All official mourners are requested to be in their seats no later than 2:15pm," the release stated.