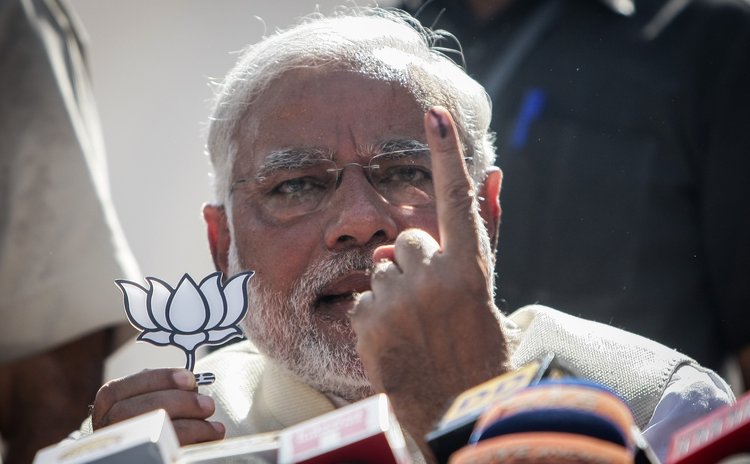 The BJP and its allies have won from 249 to 289 seats out of 543 seats in the Lok Sabha, according to the exit polls.

The Times Now TV channel said its survey of over 540,000 voters in the past five weeks showed the BJP and its allies would win 249 seats, while the ruling Congress and its allies 148.

The India Today-CICERO exit polls and the ABP-Nielsen survey predicted 272 or more seats for the BJP-led National Democratic Alliance (NDA), while the Congress-led United Progressive Alliance (UPA) got 110 to 115 seats and other parties around 156.

Projections by India TV-CVoter put the NDA on top with 289 seats and the UPA far behind with 101. Other groups were projected to get 148 seats and the new anti-graft Aam Aadmi Party (AAP) five seats nationally.