Black History Month: The Kalinago Community adds its voice to the growing call for reparations 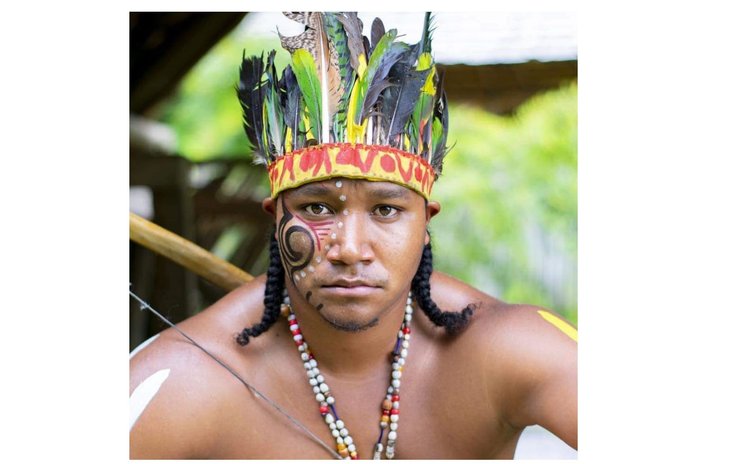 On the heels of Black History Month, Dominica's indigenous people have thrown their support behind the continued demand for reparations.

Black History Month is officially recognized in the United States of America and Canada in February and in the United Kingdom and Ireland in October. The month focuses primarily on the immeasurable contributions of the black community to the entire world.

In Dominica, the month is acknowledged, but the people are not as fully immersed in its recognition as some of the more developed countries.

During the month, the atrocities towards the African slaves are also brought to the fore. But in Dominica, there is another group of people, the Kalinago, who suffered inhumane acts under the then colonial masters.

"We salute the contribution of African men and women to the advancement of the Human Family from ancient times to the present," Sanford said.

Sanford emphasized that due to the shared history between African slaves and the Kalinago, and the many years of struggle against the same enemy, the colonial military, plantation owners, and slave masters, it is imperative to show support during their month of recognition.

The Kalinago had played a significant role in defending Dominica and other Caribbean islands from the invasion by colonial powers. It is due to this strong-willed nature the two communities were able to exist together on the island.

"The brave warriors fought for centuries to defend and keep our birthright handed to us by the Great Spirit, our people fell victim to the westward march of European conquest and domination," Sanford said.

However, the Kalinago, similar to the African slaves, lost many personal and cultural attributes of intrinsic value.

"This resulted in the dispossession of our land, language, and other aspects of our culture, and our spirituality and belief systems," he said.

The National Reparations Committee, headed by Dr. Damien Dublin, has been appealing for reparations for both descendants of African slaves and the indigenous people for several years.

The Kalinago Chief believes the topic of reparations needs to become more widespread in society. "As a nation, it imperative that the issue of Reparations becomes a matter of national importance. Advocacy and activism must be the business of every citizen every day," he said.

Sanford is of the firm view that seeking reparations is honoring the spirit of the ancestors for their pain, suffering, deprivation, and loss of humanity. It is seeking justice for the present and future generations of their descendants.

"It is offering those who benefited and continue to benefit from this historical injustice the opportunity to do what is right: accept the debt, apologize and let the negotiations begin, " he said.

The Kalinago Chief has commended the National Reparations Committee for and aided his people's support to, its unwavering work in seeking reparations for both individuals of African and Kalinago heritage.

"Let us all commit to working together for the advancement of our Dominican family and the entire human family," Sanford said.

He opines that if the negotiations for reparations are successful, it will provide the opportunity for financial, economic, and other benefits for the descendants of those who were denied their just rewards.

The Chief is resolute in his belief that in order for the country to move forward the contribution of all communities of all people must be recognized.

"It is absolutely necessary for us to recognize, understand, appreciate, and applaud the contribution of each other to the continued growth and development of Dominica. For it is only through mutual respect and a common understanding of the issues confronting us will we be able to arrive at solutions acceptable, and beneficial, to all," he said.