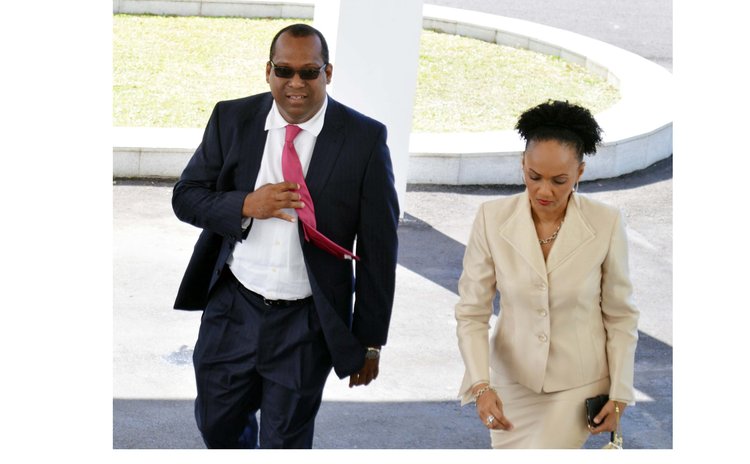 Blanchard, right and Pinard walk to a function in 2015

Prime Minister Roosevelt Skerrit has announced that Senator Miriam Blanchard has been appointed Minister for Public Works and Ports with effect from March 7, 2016.

Skerrit made the announcement on his Facebook page today.

Pinard resigned last week following allegations that he was involved in an incident he described as alleged inappropriate behaviour with a 15 year old school girl. Pinard says he is innocent.