Blind Michael Murphy: "One day I will SEE the coming of the Lord." 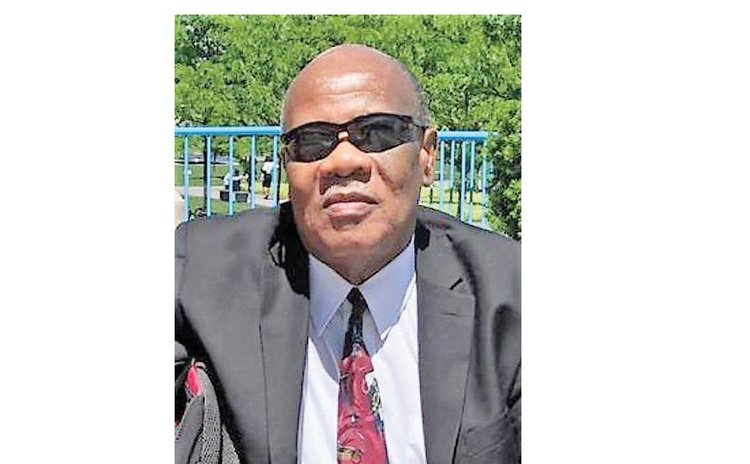 Perhaps there is nothing more disorienting than losing your sight. The world as you once knew it, now a mere vision, the independence you once took for granted now shattered and your previous existence seems as distant as another life.

The problem is it isn't one or two things that need to be relearned; it's everything, simple things. Like going to the fridge to get a glass of water, which you once did even while half asleep now has becomes a multi-step process, and any error means you'd find yourself standing, lost in a home you'd probably lived in for many years.

This is exactly the case for disability advocate and member of the Dominica Association of Persons with Disability (DAPD) Michael Murphy who became blind in 1997 due to glaucoma.

Before acquiring his disability, Murphy was actively involved in various fields of endeavors, serving in the public-private, non-governmental and cooperative sectors. He started in 1966 at the age of 17, as a junior public officer working in the Ministry of Finance, and rose to the height of his career as chief statistician, a position he held for 20 years until his retirement in 1999.

In a very candid interview with THE SUN, Murphy described how he was forced to cut his career short, because he had neglected having early medical treatment, due to fear which held him back from consulting a doctor early on resulting in the loss of his vision.

"I inherited it from my mother who never told me or informed me that she was living with glaucoma and I doubt in those days that she knew much about it herself. It was only when I visited her at the hospital at almost her dying bed that I immediately saw a card which spelled out that this is a blind patient and that was a shock to my system," he said. "But I never looked at it as something that would affect my being. I just thought it was something for older people."

Remembering his days at University in 1973, he recounts moments when he could hardly see what was written on the board, but afraid to speak up, Murphy said, he suffered internally.

In 1991 he graduated with a Bachelor of Arts Degree in Mathematics and Statistics from Carleton University in Ottawa. He also pursued an Executive Masters in Business Administration (EMBA) with The University of the West Indies (UWI).

"In 1997 I discovered I had to do surgery in Dominica, I left my office on the 15 of December, had surgery on the 16, and that was the end of my working life. I had a wife, I had children at school so it was a form of devastation. It left me in denial for many years," he said.

At the pinnacle of his blindness, in 2003, his then-wife and helpmate acquired a rare cancer (non-Hodgkin lymphoma) and within months, their roles were once again reversed and Murphy was now left to fend for himself, his sick wife, and their six children, a responsibility he says gave him the charge to put everything behind and move on with life.

A few months later, his wife passed away yet he was able to provide the fraternal direction to ensure that all his children excelled, having to cope with the loss of their mother.

In 2007, he went on to marry his now wife who is also blind, DAPD's Executive Director Nathalie Murphy. Coincidentally, her late husband passed away three months before Murphy's first wife.

Commenting on their union, Murphy said: "Before these occurrences of death, although I knew this beautiful lady long before, I never thought that I would experience her love in this present lifetime. But we did not have very far to go to see each other, we used our third eye to do so."

While disappointed that his career came to a premature end, he has since dedicated his life to becoming a disability advocate, joining the DAPD in 2000. Two years later he was elected to its Executive Committee and has served ever since. He has held the positions of President, Vice President, and Treasurer and is currently serving as Treasurer.

At age of 71, Murphy has now transitioned to enjoy the rest of his life with humility, joy, pleasure, and a friendly relationship with his wife, extended family, and all concerned.

He is a God-fearing man and has a strong Christian faith, a foundation laid by the Roman Catholic Church. Living his life as a servant of God, he is guided by his daily mantra, "whether I can see physically or not one day I will see the coming of the Lord."