Bolt aiming to "be among Ali and Pele" 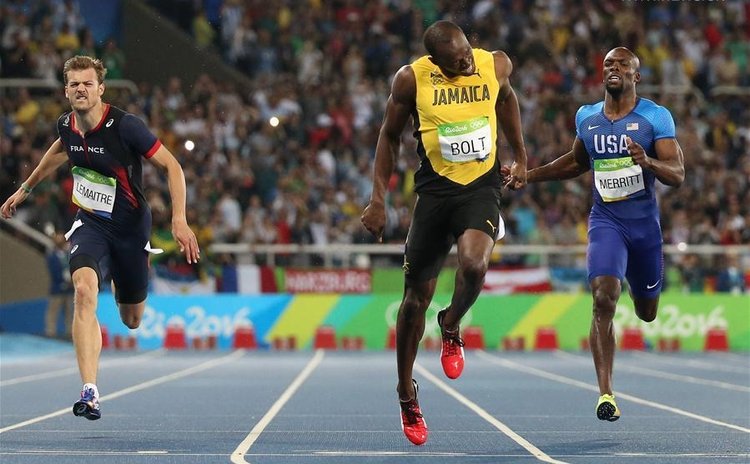 Bolt at the finishing line in the 200m in Rio -again

RIO DE JANEIRO, Aug. 19 (Xinhua) -- Usain Bolt has expressed his wish to be ranked alongside Pele and Muhammad Ali in sport's pantheon of greats after winning his third straight Olympic 200m title here on Thursday.

Bolt's victory came just four days after he also achieved a hat-trick of Olympic gold medals in the 100m.

Another triumph with Jamaica's 4x100m relay team on Saturday would give the 29-year-old an unprecedented third straight clean sweep of Olympic sprint titles.

"I don't need to prove anything else," Bolt said. "What else can I do to prove to the world I am the greatest?

"I am trying to be one of the greatest; be among [Muhammad] Ali and Pele. I hope after these Games I will be in that bracket."

Despite his 200m success here, Bolt did not hide his disappointment at failing to break his own world record in the event, which he set in 2009.

Immediately after the race he threw his arm in frustration while grimacing at television cameras.

"I ran hard around the turn. On the straight, my body didn't respond. I'm getting old," Bolt said.

When asked how the latest gold medal ranked among other career highlights, the sprint legend replied: "All of them are special. The 200m is my favourite event. There is a lot of focus. I am relieved."

And he reiterated his intention to retire after the Rio Games.