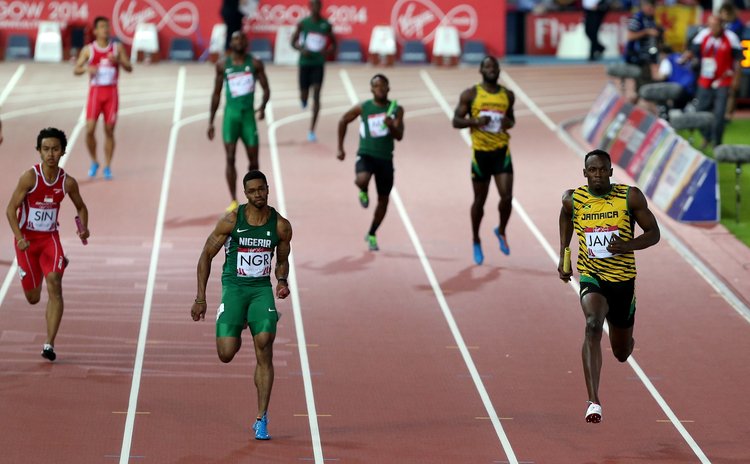 The Jamaican quartet of Jason Livermore, Kemar Bailey-Cole, Nickel Ashmeade and Bolt clocked a Commonwealth record of 37.58 seconds for the gold.

"It means a lot," said Bolt of the win. "Commonwealth gold is the only medal missing from my collection.

"I'm happy to be here and sorry I didn't manage to run the individual events because the energy out here is wonderful."

England has guaranteed top place in the medal table after winning eight more golds, taking their gold tally to 56.

Australia stays at second with 45 golds but can only win a maximum of six on the final day's competition on Sunday.

Olympic bronze medalist Tom Daley retained his 10m platform gold by an incredible 82.85 points, with a total of 516.55.

The 31-year-old Englishwoman landed the cleaner shots throughout the flyweight final and was awarded a split decision.

Australia scored a late equalizer and beat England in a penalty shootout to win the women's hockey gold.